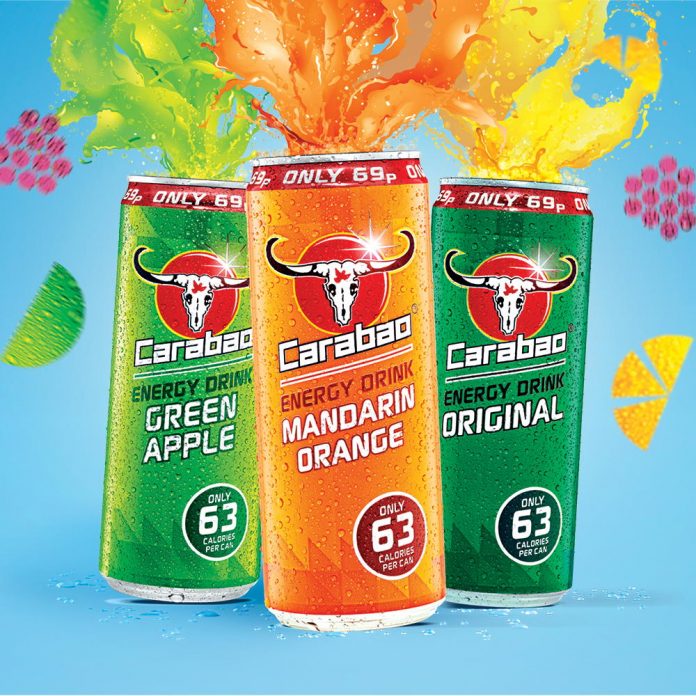 With the SPFL season back in full swing, low calorie, lower sugar energy drink brand Carabaohas has announced a partnership with Hibernian Supporters Limited. The agreement, which is in place until June 2022, will see a donation from product sales on all multipacks purchased from the Carabao online store when customers use specific promotional codes.

Carabao Energy Drink is currently in its second season as the Official Energy Drink partner of the Easter Road club, with the club’s vibrant green represented by Carabao’s Green Apple flavour.

The club’s second largest shareholder, Hibernian Supporters Limited (HSL) has been contributing to the financial stability of Hibernian FC every month since 2015. HSL began donating all contributions directly to the club in 2019, and to date have raised over £600,000, despite an incredibly tough two years for everyone involved in football.

There will also be opportunities for HSL members to win fantastic prizes such as signed shirts and balls, hospitality tickets to a match, and even the opportunity to meet Hibernian FC playing and management staff. Fans should look out for further updates on how they can get involved, to be announced in due course.

To take advantage of Carabao’s donation commitment, all fans need to do is buy a case of Carabao from their online store drinkcarabao.co.uk and £1 from every multipack sold will be donated to the club. In addition, first time buyers of Carabao can enter the code FAMOUS5 and receive a further £5 off their order, incredible value for fans who want to give Carabao a try.

Speaking on the announcement, John Luck, Chief Marketing Officer at Carabao Energy Drink said: “There is no better example of the importance of supporters groups to football clubs than the work of HSL.”

“We are honoured to be able to support them as part of our wider agreement with Hibernian FC and would encourage fans of the club within the local community to get involved over the coming months.”

Jim Adie, Hibernian Supports Chairman added: “We are really pleased to be working in partnership with Carabao Energy Drink to generate additional funds for the club.”

“One of our core aims is to help the football club to achieve success on the pitch. We are thankful to Carabao for their support and look forward to working together as the season progresses.”