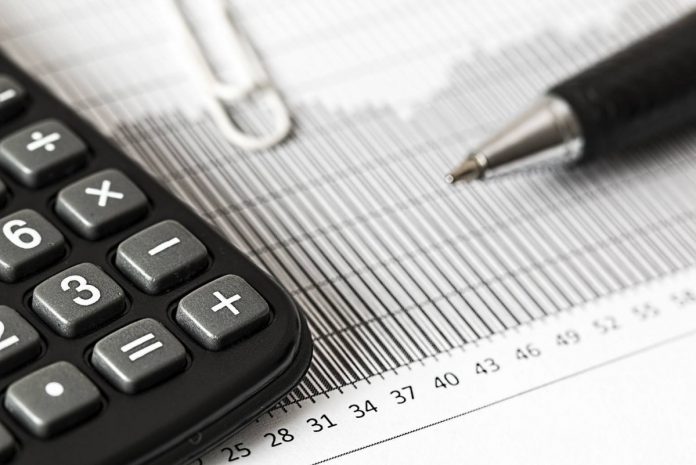 There is nothing intrinsically wrong with business rates, which is basically a council tax levied on non-domestic premises. Local authorities collect money within their catchment areas and after handing over half of it to Whitehall, spend the remainder on providing services to the benefit of local businesses and their customers.

But for many years now business rates, worth around £30 billion annually with the retail sector stumping up about £8 billion of it, has been a disaster for Britain’s high streets and for Convenience. The House of Commons Treasury Select Committee (TSC), which last December issued a damning report on the subject, stated that “The growth in business rate revenue has outpaced inflation since the current system was introduced in 1990.” The business rates is slowly strangling UK retail.

The situation is getting worse each year. Mazher Iqbal of Sheffield Council, campaigning to reform business rates, says “The country’s high streets, neighbourhood retailers and community centres have been badly damaged over the last decade. A big part of this decline has been caused by unfair rates and a system of taxation which appears to support online business giants while punishing conventional retailers.”

“The Convenience sector currently pays around £308m in business rates,” said James Lowman of the Association of Convenience Stores (ACS) after the Queen’s speech last December, which announced the new Conservative government’s intent to raise the rates discount for small businesses from one third to 50 per cent– something half-expected to be confirmed in Chancellor Sajid Javid’s upcoming Budget on 11 March.

“An increase in the discount for convenience stores with rateable value of under £51,000 [meaning an annual rental value of roughly £10k per month or less] could save the Convenience sector over £30m next year,” added Lowman. This would benefit around nine out of ten independent retailers.

About time, too. Even though the Convenience channel has not been hit as hard as other sections of retail, such as department stores and national chains decimated by the march of online sales and Amazon, its prosperity has been stunted by a rates “multiplier” – the number of pence per pound of paid in business rates before reliefs or discounts – that has increased markedly since 2012, from 42.6p to 49.9p for small businesses.

That represents an absolute increase of over 17 per cent. But the multiplier is also unfair because although it “only” goes up in line with inflation, profits often do not: in fact the opposite, as customers spend less and margins are squeezed as inflation rises or – alternatively – sales stall as the poor economy drags on after the financial crisis. Either way, store owners lose.

The business rates system also suffers from some perverse penalties for innovative shops. Adding services such as a food-to-go counter or installing a cash-machine will drive up the rates valuation. Convenience store-owners invested £558 million in their shops in 2019, but this was 25 per cent less than in 2018, indicating that business rates are biting hard. “The current approach to business rates acts as an immediate significant disincentive to investment,” concluded the Treasury Select Committee.

The Committee also pointed out that decreases in valuations need to be reflected faster in rates bills for those businesses, “who are paying significantly higher rates than the open market rental value of their properties would normally determine.”

This problem is made worse by the dysfunction of a sluggish appeals system that is easily “gamed” by speculative objections (to delay having to pay up), but can take many years to settle in cases of genuine errors and injustice. The Committee pointed out that there are still appeals outstanding from the 2010 listing, and the Valuations Office Agency (VOA) remains buried under an “unsustainable workload,” adding that it was clear the new “Check Challenge Appeal” process brought in with a 2017 review is not fit for purpose and was in particular useless for retailers with more than one property: “It is unacceptable to bring in a system that creates so many difficulties for ratepayers.”

As profits fall and business rates increase, it is galling to see that bricks and mortar not only pays more than its fair share of rates and tax, but that online retail seems to escape it.

Retailers of all kinds form the largest single category of business rates payers. Last year (2018-19) they contributed 25 per cent – £7,625 million out of the £30 billion, to be exact – despite representing just ten per cent of GDP according to the Office of National Statistics. In other words, retail pays more than twice as much tax as it should. “Business rates have reached a point where they hinder retailers’ business,” commented the Federation of Independent Retailers (NFRN).

Within that figure, there is a disproportionate amount of business rates charged to traditional shops versus online sellers. While bricks-and-mortar paid 2.3 per cent of their total retail sales value in business rates in 2019, online retail paid just 0.6 per cent (£457 million). In other words, corner shops pay four times as much as Amazon and the other web companies do, relatively speaking.

But because business rates are calculated on the rateable value of a premises (what it could be rented out for annually), the charge falls more heavily on land in towns and cities than on web-giant warehouses on brownfield sites miles from anywhere.

(The question of international companies such as Amazon avoiding taxes by routing profits “offshore” via a foreign HQ is a different problem and not one that really has anything to do with being based online – firms such as Starbucks and iPhone retailer Apple do the same.)

The situation now with business rates is one of patching up a creaky old piece of machinery that keeps seizing up – “The number of reliefs that are needed for business rates to work indicate a broken system,” as the Treasury Select Committee put it. Britain has been left with an over-complicated system of discounts and reliefs, a defective process of valuations and appeals, and a chaotic local patchwork of variable collection rules that are making life miserable for everyone – and even unfairly sending some struggling businesses to the wall.

“Are we allowing [business rates] to stay competitive or are we, by stealth, lowering corporation tax and increasing business rates to a place which is creating an uneven playing field?”  asked Dave Lewis, CEO  of Tesco, before he quit in December.

The system must be reformed and eventually the patch-repairs of reliefs, discounts and exclusions removed in favour of a flatter, more easily understood and applied way of collecting revenue.

As the TSC pointed out, currently “there is no obligation for billing authorities to help businesses understand the reliefs that they may be eligible for.” You could be paying more than you need to – but don’t expect the council to let you know: “At the moment all 361 billing authorities have the autonomy to run their business rates system as they see fit.”

No matter what happens in Rishi Sunak’s Budget, from 2021 Councils will keep 75 per cent of their business rates revenue, up from the half they do now. As Chief Secretary to the Treasury, Sunak wrote in a consultation document in 2018, “Councils have told us they want greater control over the money they raise locally. We have listened and responded by committing to greater business rates retention.”

This means local authorities will have more skin in the game: they already suffer a three-month black hole of payments between a business closing down and the landlord starting to make rates payments. That will be more painful if they bear more of the loss, which is what will effectively now happen. It will incentivise councils’ own self-interest to help local businesses stay afloat.