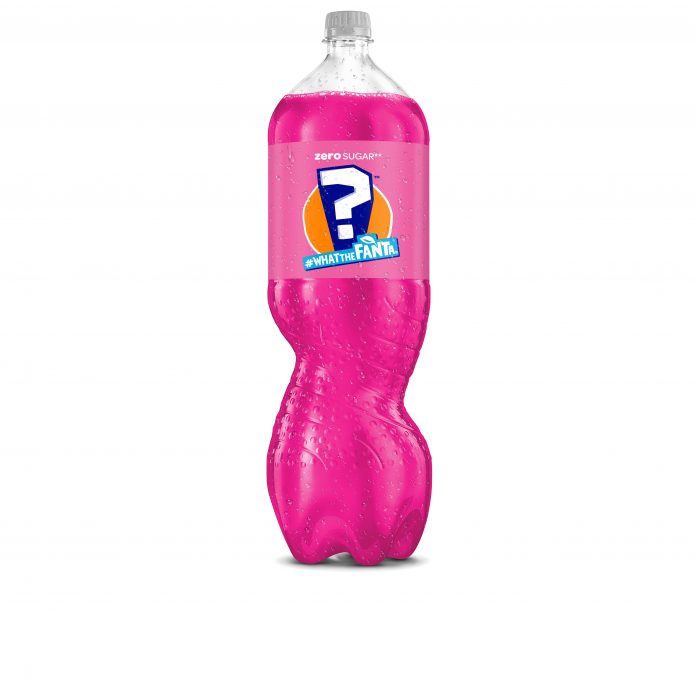 This year’s initiative is even bigger and will build momentum for GB’s number-one flavoured carbonates brand – now 4.5x bigger than its nearest competitor and in nine per cent growth.

Delivering on consumer demand for zero sugar variants and flavour innovation, a new, bright pink mystery Fanta variant is rolling out in 500ml and 2l packs now. The liquid inside the bottle could be one of multiple exotic zero sugar flavours. New for 2022, there are subtle differences on packs to help shoppers find different ones or repeat buy their favourite.

To solve the flavour mystery, consumers are invited to scan the QR codes on-pack to unlock a series of interactive online clues hidden within action-movie style videos – which will develop across several weeks, to sustain interest and intrigue.

This year’s #WhatTheFanta innovation will be supported by a multi-million-pound marketing campaign from April, including digital and out-of-home advertising, paid social media and point-of-sale (POS) materials to create theatre in-store and online. Convenience retailers can request POS materials via My.CCEP.com.

“The launch of the pink #WhatTheFanta variant follows a hugely successful campaign in 2021, which saw a mystery bright blue variant drive almost two times the rate of sale of Fanta Orange in the same period. In fact, 61 per cent of #WhatTheFanta sales last year were incremental to Fanta, proof that the campaign attracts more shoppers to the brand and is sure to drive sales for retailers this year.”