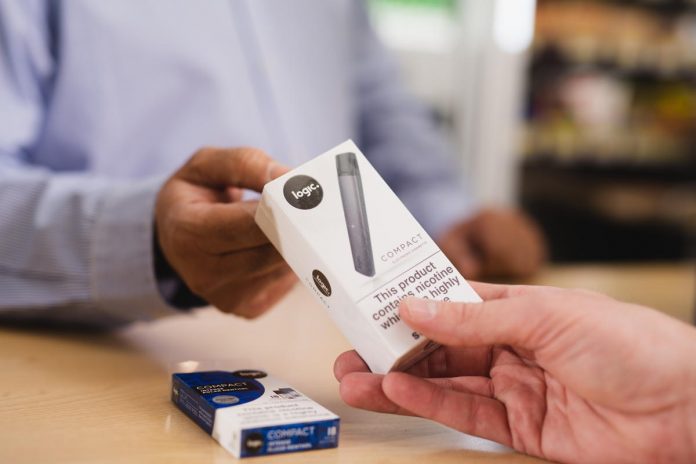 The US Food and Drug Administration (FDA) has on Tuesday issued marketing denial orders for menthol-flavoured e-cigarette products by Logic Technology Development, a subsidiary of JTI.

FDA further clarified that the marketing denial order is not limited to the named two products, as the agency only reveals the products that an applicant is marketing to avoid potential disclosure of confidential commercial information.

Commenting, Dr. Nveed Chaudhary, chief scientific and regulatory officer at the contract research organisation Broughton, said the latest FDA move should not be seen as the ‘beginning of the end’ of menthol and non-tobacco flavoured e-cigarettes.

“I think the important point to note is that flavors are not ‘banned’ in the US. There is simply a higher bar set for flavours compared to tobacco,” he notes. “This is driven by the youth epidemic that hit the US in 2018 and 2019, when a significant increase in the youth usage of e-cigarettes became apparent, specifically driven by flavoured e-cigarettes.”

In a statement, the FDA cited “a known and substantial risk with regard to youth appeal, uptake and use” from non-tobacco-flavored e-cigarettes as the major reason for denying the marketing authorisation.

Additionally, data indicate tobacco-flavored e-cigarettes do not have the same appeal to youth and therefore do not pose the same degree of risk of youth uptake.

“The FDA conducts a rigorous, scientific review of submitted premarket tobacco product applications, evaluating the data for each product to determine if it meets the public health standard,” said Dr. King. “In this case, the applicant did not provide sufficient scientific evidence to show that the potential benefit to adult smokers outweighs the risks to youth.”

Vape flavours have been under increasing regulatory scrutiny in Europe also. Seven European countries have passed flavor bans, with some yet to take effect. Ireland is currently considering a vaping flavor ban and the EU Commission have recently announced a plan to ban the sale of all flavoured heated tobacco products. In Sweden, the government proposal for a ban on vape flavours has been rejected by the parliament in June.

However, Dr. Chaudhary told Vape Business that this should not be a major concern for the UK vape sector, as the government policy here is ‘more pragmatic’ and the chance for a youth epidemic as seen in the US is minimal.

“Having spoken to the right honourable Adam Afriyie MP, vice chair of the All Party Parliamentary Committee on Vaping on Monday, it is clear that the view is much more pragmatic. The UK government and the Khan Review both strongly support the use of e-cigarettes as part of the UK’s 2030 smokefree target,” he said.

“There is some protection afforded by the TPD limit of 20mg/ml nicotine, which means that the abuse liability or ‘addictiveness’ is lower in the UK. The products that drove the youth epidemic in the US were a combination of high nicotine strengths and candy/fruit flavors.”

At the same time, he suggested some measures are in order to make the flavours less appealing to youth.

“I do not think that the UK will ban flavours, rather they might (and should) enforce standards on naming conventions for flavours to make them less appealing to youth. I can imagine a situation whereby a name like ‘Blue Bubblegum’ will not be allowed but will need to be replaced with something like ‘Blue Fruit’,” he said.