A.G. Barr is bringing back its “No Added Boring” TV campaign for Rubicon as part of a £4 million investment in the brand. The campaign will reach 87 per cent of 16-34 years olds seven times.

“It’s been a positive year for Rubicon,” said Adrian Troy, Marketing Director at A.G. Barr. “This campaign will build on our growth by continuing to build awareness of Rubicon. It invites shoppers to step away from the mundane and try something a lot more interesting. We’ve looked at all the major touchpoints for our target consumer of 16–35-year-olds, and created a campaign designed to reach them in as many places as possible on their path to purchase.”

The TV ad will run for six weeks, starting in the peak summer month of August, on national screens, video on demand, Spotify and social platforms with spots in the breaks of the top performing programmes and sports of the summer.

“The No Added Boring ad worked really well for Rubicon last year with 70 per cent of non-drinkers feeling more positive about Rubicon after seeing it in 2020, so we’re confident that this year will perform even better,” Troy added.

“This year we’re also launching a targeted OOH campaign, that will be personalised based on location and weather, to really tap into meeting consumer needs for an exciting refreshing drink when they need it most.”

The activity will also include five-weeks of national sampling and the brand’s biggest ever social campaign.

Summer is key to the entire soft drinks market. From June to August – the crucial period for soft drinks sales – shoppers purchase 15 per cent more soft drinks than any other time of the year, with water, flavoured sparkling water and other flavoured carbonates seeing the most benefit.

“By stocking brands that will be driving shoppers to fixture during these key summer months, retailers have a real opportunity to grow their soft drinks sales,” concluded Troy.

A.G. Barr has launched a range of vibrant, “unboring” point-of-sale material to create in-store/in-depot theatre and drive incremental sales during the summer period. 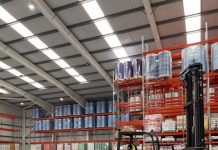 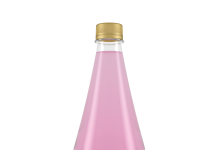 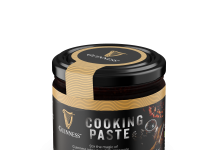