Wholesalers will often try to ensure sales and loyalty by instigating a symbol or fascia group, where independent retailers enter into a renewable, contractual relationship and agree to a mutually beneficial set of terms – such as how much of their goods must be bought from the “parent” group – in return for good deals, financial and commercial support, and so on. Londis, best-one, SPAR, Premier, Costcutter, Nisa – all and many more are brilliantly successful examples. Other models such as the franchise arrangement, including names such as Co-op and One Stop, are another option.

Symbol Groups have been around for quite a long time. Budgens is the oldest, celebrating its 150th anniversary this year! But as the impulse channel grew and developed in the 1980s, it became clear that there was a mid-way between symbols and pure independents where the advantages of group buying and loose confederation could be attractive to both retailers and wholesalers, without there having to be a formal alliance – and retail clubs were born (or came of age), the perfect halfway house between membership and independence, where a minimum spend or joining fee would be a fraction of a symbol member requirement, or might not even exist at all. At the same time, stores who partake of retail club amenities can find that branded promotions lift sales considerably.

Sugro was one of the first retail clubs with its Sweet Break club, begun 32 years ago and still going strong (it has over 2000 members); Parfetts launched Go Local as recently as 2012.

Why now is a fine time

Retail clubs were always a good idea for many reasons, not least because they benefited both the supplier and the retailer.

To begin with, they obviously helped the wholesaler move more product, and generated extra regular orders in addition to those from their symbol group members.

Importantly, clubs trained the shy shopkeeper in dealing with the wholesaler on a contractual level, readying them for the big leap to symbol status, and many symbols and fascia groups contain former club members who “came in from the cold”.

But in uncertain times, the flexibility – minimal commitments but immediate benefits – can make retail club participation more attractive and practical than ever, without having to make binding decisions and long-term financial commitments.

Increased overheads, especially heat/chill and light, and profits squeezed in an inflationary environment, can also make margin-saving promotions more attractive and essential than ever.

The buying group Confex’s retail club, for example, says it is there “to help keep Members and their retail customers competitive within an ever changing market place.” It points out that the multiples are continuing to grow their indie store numbers and the fascia groups are recruiting new stores in growing numbers.

“But what about the Independent Retailers who are serviced by the Independent Wholesalers,” and “who want to retain their point of difference and don’t want to be told what to stock, where, when and how to buy?”

That, in essence, is the USP of a retail club – and it appeals to the buccaneering, entrepreneurial spirit of many indies who still bridle at the thought of belonging full-time to a fascia.

Typical benefits on offer, in Confex’s example, are free membership, no joining fee, competitive pricing and enhanced promotions – all levelling the playing field a good deal in favour of the independent trader by Confex acting as a bridge between indie wholesalers and retailers.

Retail clubs have helped independents to weather commercial storms in the past. Tesco Metro opened its first site in 1992 and Tesco Express started a couple of years later, while SainsburyLocal opened its original branch – in Hammersmith – in 1998, and these were a direct threat to standalone stores because of their massive local footprint and their relatively low prices. When the multiples began their neighbourhood invasion, retail clubs were able to give independents a little bit of ammunition to fight back with.

Storeowners who preferred to use cash and carries as they wished rather than sign up to a symbol contract found that Retail Clubs carried fewer conditions that formal agreements (although they didn’t get some of the benefits, like financial help with shop refits and so on), but still gave them great and regular promotions, POS materials, margin and EPoS, among many other perks,while belonging to a looser confederation.

Over time the benefits of retail clubs have become more sophisticated than just cut-price outers and shop posters. They now offer support, advice and even fascias – still without having to sign up to symbol status, and without joining fees or monthly fees, and a comparatively minimal spend. Indies can have access to promo skus and – again – the promotions, which are regular and sophisticated to tie in with calendar events and other consumer spending highlights. These can make a big difference to a retailer’s bottom line, not least by increasing impulse footfall and then getting customers to buy more once they are in-store, adding to average basket spend. Free posters and window graphics, shelf wobblers and so on, all add to the gaiety.

Nothing goes in a straight line, and the onward march of symbol and fascia is still slowed down by storeowners whose outlook is resolutely independent. Some folks just do not want to belong to any club that would have them as a member (perhaps this is an essential or characteristic part of the independent mentality!) and maybe for this reason retail clubs are thriving as an adjunct to symbols and fascias. If you can resign from the club at any time (like Netflix) then it still feels like freedom rather than marriage.

Among the many now available, Unitas runs an umbrella retail club (in addition to Today’s) that is available for adoption by its wholesaler members for their customers, and their “Everyday Value” literature and promotional materials are widely used, offers category guides and the facility for storeowners to print their own POS using club templates. It also features a profit-on-return calculator.

“We know it’s a tough environment out there and you’re under pressure to deliver cheap deals to rival the supermarkets and the discounters,” says the buying group. “This is why the Unitas Wholesale Retail Club provides retailers with a great range of bestselling products at competitive prices to keep your customers coming back for more.

“Our promotions run every three weeks and are packed full of leading grocery, impulse, licensed and non-food brands, all offering great margins. We’ll provide you with attention-grabbing point of sale materials, including window posters and personalised leaflets for your customers, designed to drive footfall and grow your sales.”

Local retail clubs such as those run by DeeBee Wholesale (Hull and Grimsby), Khanjra (Blackburn) and United Wholesale Grocers Limited’s (whose Shop Local retail club is available to stores of any turnover or size, and offering a free fascia) are examples of Unitas members partaking of the parent organisation facilities.

In London, Imperial Cash & Carry’s Retail Cub offers a selection of about 40 licensed and impulse-buy products every three weeks. “We also provide free of charge in-store point-of-sale materials for these products, such as shelf talkers and posters, as well as leaflets personalised to each retailer’s store. These materials will help support retailers to compete in the marketplace,” Imperial says.

Parfetts runs its Go Local retail club and says that with two formats to choose from, it provides a promotional solution for every format of independent convenience store. It also promises promotions of hard hitting, key lines to drive footfall and sales to your store: “Go Local Plus promotions are ideal for retailers who wish to compete in today’s demanding convenience market, but are restricted by store size,” says Parfetts.

“Go Local is an entry-level retail promotion, highlighting core range, everyday products at competitive prices. Go Local is available to all convenience retailers, providing promotional prices to entice customers and drive footfall. With over 900 Stores, across the North and Midlands, Go Local delivers great prices to the consumer, whilst giving local Independent Retailers the opportunity to compete (and often beat) supermarket prices!”

Each promotion is at least four weeks long and is extended at key times of the year to enable local  and Parfetts reports that sales have grown every year since the club began in 2001, and now exceed £20 million per year.

Go Local is supported by a dedicated team of Retail Development Advisors, who can advise on all aspects of convenience retailing, from merchandising and category management to licencing and planning.

“As a business with a £570m turnover and an employee ownership model which means we invest our profits back into promotions and price, we offer incredible value across the full range – with industry leading margins,” Parfetts concludes.

Booker has a stable of symbol groups in Londis, Premier, Budgens and Family Shopper. But it also has a retail club, Shop Locally (motto: “Great value, local service”), which promises not just deals that change every four weeks but also Every Day Low Prices (EDLPs) locked down for three promotion periods, as well as a range of materials such as shelf-edge and stack cards, promo-pricing at POS and window posters (ask in your local Booker branch for more details).

Today’s by Unitas is a truly well-founded retail club (“We know it’s a tough environment to trade in at present and your customers are looking for better deals”) and their 2,700 club members benefit from receiving a promotional package that runs 17 times a year on a 3-weekly basis. These cover a full range of grocery, impulse, non-food and licensed products that are competitively priced to drive footfall into store whilst still delivering a healthy margin.

United Wholesale runs not only the symbol group Lifestyle Express, but the retail club, Shop Local, with no membership fee, a free fascia and window graphics, local promotions and a promise of enhanced margins

So if you don’t feel like committing to a long-term symbol(ic) relationship, and haven’t given them a try yet, retail clubs might just give you an extra edge that could turn into greater profits without any upfront costs.

If a retail club sounds like it would fit the bill for you, get in touch: 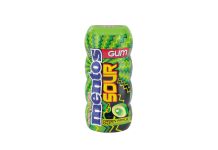 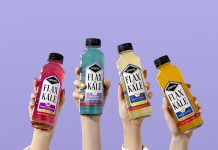 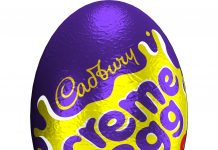 Cadbury Creme Egg ‘How Do You Not Eat Yours?’ campaign returns for 2023