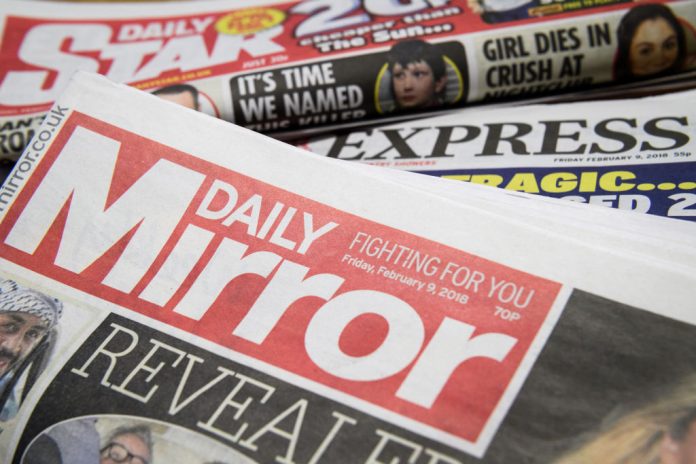 Reach has made a cut in the percentage margin for retailers with the increase in cover prices of the Daily Express, Daily Star and the Saturday edition of the Daily Mirror.

The publisher had taken a similar measure in the last year on these titles.

From December 28, weekday copies of the Daily Express will increase to 75p and the Daily Star to 55p. Saturday editions of the Express, Star and Mirror will rise to £1.20, 90p and £1.50 respectively from January 2, and the next day, the Sunday Express price will be £1.80 and the Star Sunday edition will go up to £1.50.

However, the profit margins that retailers receive on all these titles will be cut to 20 per cent per copy, according to the Federation of Independent Retailers (NFRN), which condemned the move by the publisher in strong words.

“In its letter informing us of the changes, Reach says ‘Many thanks for all your support throughout this difficult year and can we take this opportunity to wish you all the best for 2021’. Well, cutting the profits of the very people who have kept the news trade afloat during the worst year for businesses in decades is a funny way of showing it,” Stuart Reddish, national president of NFRN, said.

“Christmas should be a time of giving and goodwill, but not, apparently, for newsagents.”

Reach has been consistently reducing retail margins alongside cover price increases of its titles over the last two years, prompting NFRN to renew its calls for a review into fairness in the news supply chain.

“If the newspaper sector is to survive the whole industry must look at the way it is set up as it is unfair to continually chip away at the retail margin whenever there is a price rise,” Reddish has said in June when Reach announced margin cut on the Sunday Mirror and the Sunday People titles.