Circularity Scotland Limited, if approved by the Scottish government, will seek to work with companies throughout the supply chain to help deliver a scheme ultimately expected to collect more than 90 per cent of drinks containers in Scotland.

The company is being founded by a combination of drinks companies, major retailers and trade associations representing broader drinks producer and retail members. Three major trade bodies representing the convenience sector – SGF, NFRN and ACS – are part of the company.

The DRS proposes a 20p deposit on single-use drinks containers, and materials will include PET plastic, steel, aluminium and glass. The scheme will take effect on 1 July 2022, after the Scottish Government has delayed the introduction by over a year due to the Covid-19 pandemic.

“This is an important moment in the move to deliver a Deposit Return Scheme in Scotland. We have a shared vision for a scheme that delivers truly impactful environmental benefits and contributes to a circular economy in Scotland,” commented Donald McCalman, interim director of Circularity Scotland.

“We’re confident that our not-for-profit company can help to operate a DRS system that works for everyone. The DRS will provide huge environmental benefits for Scotland and accelerate the Scottish Government’s commitment to achieving Net Zero carbon emissions by 2045.”

The scheme is envisaged to be run by an independent, privately-run, not-for-profit company and funded by un-redeemed deposits, revenue from the sale of materials and a producer fee.

The new company noted that DRS regulations passed by the Scottish Parliament in May 2020 paved the way for drinks producers and importers to nominate a scheme administrator to fulfil the DRS obligations on their behalf.

Small retailers to get exemption from Scottish DRS

Pete Cheema, chief executive of the Scottish Grocers Federation, said the formation of the company is a “major step forward in creating a world-leading deposit return scheme for Scotland.”

Stuart Reddish, NFRN National President, added that the members will work in their communities to provide return points and “to help Scotland achieve its target of a 90 per cent return rate.”

James Lowman, chief executive of ACS, said: “We look forward to contributing to the work of Circularity Scotland to deliver an efficient deposit return scheme that works for Scottish convenience retailers and their customers. Convenience retailers will be at the centre of an effective circular economy by offering essential services like return points close to where people live and work.”

The initial members of Circularity Scotland include: 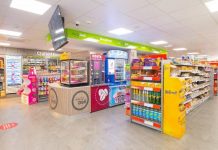 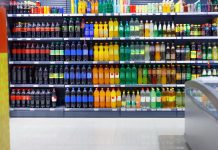 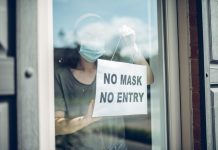 Me and My Brand: Gemma Nicholas of Monster