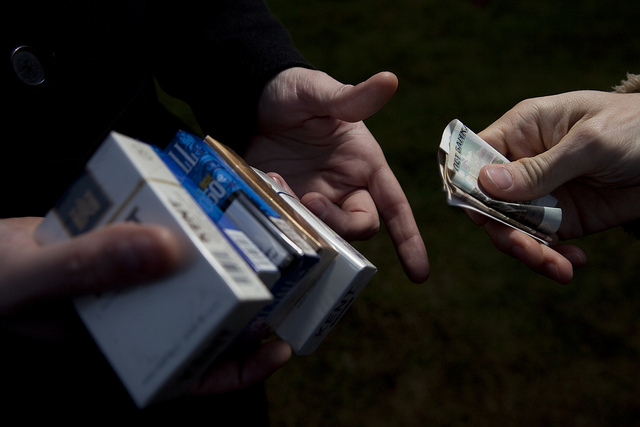 Nearly 145,000 illegal cigarettes were seized in a single year in Birmingham with the price of tobacco doubling in the last decade creating a ‘huge market’ for them.

Trading Standards has recovered illicit goods from briefcases, parked vehicles and from behind false walls during recent raids, while some city shops have been hit with large court fines or had their premises licence to sell alcohol stripped away.

Department head Sajeela Naseer declared that the problems could get worse after Brexit and revealed that extra resources will be brought in to cope with the expected increase in demand.

The raids resulted in 144,900 sticks of illegal cigarettes seized. Out of those 127,512 of them were brands not legitimate for sale in the UK while the remaining 17,388 were counterfeit.

In a more recent period Trading Standards has also carried out intelligence-led raids often supported by police and a tobacco detection dog.

In July, Operation Juno found that two premises in Handsworth were selling illicit products. Around 22,000 cigarettes were seized as well as almost £7,000 in cash. That investigation is still on-going.

In June, three Erdington shops were raided during Operation Liskeard and £30,000 worth of illegal cigarettes and alcohol was found under counters, behind false walls and inside vehicles parked behind the premises.

While back in September 2018 illicit goods were discovered at five shops in Handsworth during Operation Kernow. Around £21,000 worth of cigarettes and £1,750 worth of hand rolling tobacco was seized.

Six people have also been convicted in court during the last two years for the sale of illegal cigarettes.

In addition Extra Supermarket on High Street, Erdington, 24/7 Convenience Express on Horsefair in the city centre,  and Drinks R Us on Little Bromwich Road, Little Bromwich, had their premises licences revoked following council reviews while Kani Mini Market on Grove Lane, Handsworth, surrendered theirs before the hearing took place.

“Tobacco prices have gone up 97 per cent in the last ten years, that’s made them 30 per cent less affordable. So there’s a really huge market for this cheap illicit tobacco at the moment,” Naseer told the committe.

“Hopefully our interventions will protect public health, support legitimate business, prevent tax evasion – which is a very big thing – and enable us to take Proceeds of Crime Act (POCA) cases.

“Our activities are focused on the right premises and by doing that intelligence-led intervention we’re taking a lot more cigarettes out of the market than is the average for local authorities across the country.”

Asked about the potential impact of Brexit, Naseer added: “Yes we do expect potential criminality to rise in a number of areas including product safety, misleading claims, fraud and yes potentially illicit tobacco as well, especially if tariffs are applied to European products etc.

“The council is supporting Trading Standards in that they are providing funding for two extra officers to deal with Brexit-related criminality and we will be in the process of recruiting those in the New Year.

“So that should hopefully fill that gap and help us keep a watching brief on all of the areas where we think there could be a potential increase in criminality.”