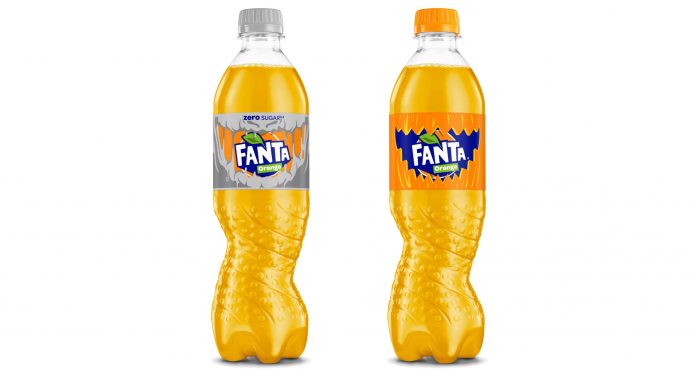 The promotion will help retailers tap into consumer demand for soft drinks at Hallowe’en –specifically flavoured carbonates, which enjoyed an extra £5.5m in sales in the run up to Hallowe’en last year. The campaign will capitalise on Fanta’s longstanding popularity during the spooky season; in fact one in four flavoured carbonates purchased in October 2020 was a Fanta.

From now until 31 October 2021, shoppers are invited to scan QR codes on limited edition, ghoulish packs of Fanta Orange and Fanta Orange Zero, to find out instantly whether they’ve won an epic prize – from cauldrons of cash, to home entertainment systems and supplies for the ultimate scary movie night in. Those who don’t win will receive exclusive digital content to scare their friends and family with instead.

Promotional packs include plain and price-marked 330ml cans and 500ml bottles for consumers to pick up whilst on the go, and 2L bottles to enjoy at home. The promotion will be supported by a multi-million-pound marketing campaign which includes paid social media, TV, digital and out of home advertising as well as high-impact in-store activation. POS materials will be available from My.CCEP.com from October.

“Worth nearly £237m and in 7.2 per cent growth, Fanta is the no.1 flavoured carbonates brand in GB and has become synonymous with Hallowe’en – which means we have an opportunity to accelerate growth at this time of year and support our retail customers,” said Martin Attock, Vice President of Commercial Development at Coca-Cola Europacific Partners GB. “We saw a 6.5 per cent increase in Fanta’s value sales in the four weeks to Halloween 2020 despite Covid restrictions limiting celebrations for many.

“This year, we want to give loyal Fanta fans and retailers the best Hallowe’en ever, with a scarily-good prize pool worth more than £50,000 and a sales driving marketing and activation campaign which will keep Fanta front of mind with shoppers during this growing seasonal event and take full advantage of the sales opportunity it represents.”