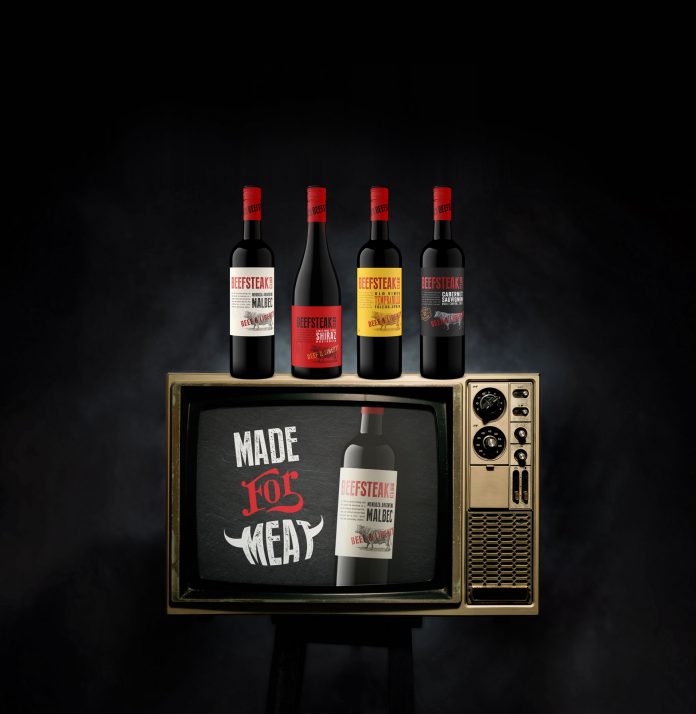 Ehrmanns-owned wine brand Beefsteak Club will be launching its first national television campaign this winter. A catchy ten-second advert has been created to raise awareness of Beefsteak Club Malbec. The wine is one of the bestselling Argentine Malbecs in the UK, having grown 109 per cent in volume and 103 per cent in value in the last year.

The ad will be airing on ITV and Sky TV channels from the 1st December, with a
potential reach of up to 7.3 million viewers.

Keith Lay, Head of Marketing at Ehrmanns, said: “December is obviously a really competitive time for wine sales, so we are using the combination of loud rock music and a memorable graphic style to make viewers sit up and pay attention. The TV advert breaks the mould of traditional wine advertising and kicks off a campaign which will be supported by further TV, press advertising, outdoor and social media in 2021.”
Watch the advert here.

The matches  take place in South Africa on the 6th, 7th and 9th December and have an estimated reach of two million UK viewers. (The first ODI was originally scheduled for the 4th December but was postponed after a player tested positive for Covid-19.)

The perimeter adverts, which feature the Beefsteak Club Malbec, Shiraz and Tempranillo, are timed to coincide with brand’s national television campaign, which is also airing on Sky Sports this December.

“Having worked with the Barmy Army over the summer to promote Beefsteak Club, sponsoring the perimeter advertising is a great way of getting our message across to the two million England fans who will watch the games live on Sky Sport and many others who will see the boards on all the sports news coverage,” said Keith Lay.