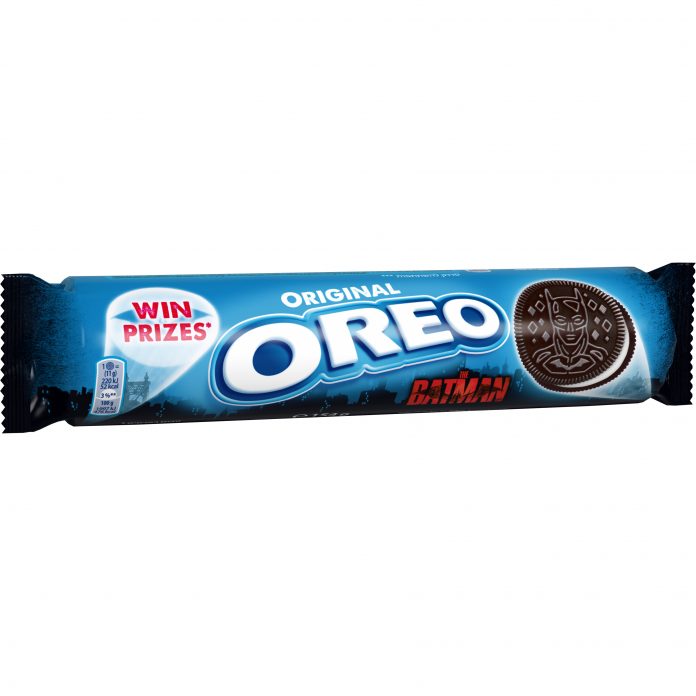 Two worlds collide this month as Oreo unveils a new collaboration ahead of the highly anticipated film, “The Batman”. This world-class partnership will see an unmissable promotion rolling out across key OREO products both on-pack and off-pack as well as a unique Batman-embossed biscuit in store from mid- January.

Shoppers simply scan the QR code on pack for their chances to win instant cinema tickets daily, as well as the star prize of a VIP trip to Gotham City at Warner Bros World in Abu Dhabi. Core OREO packs will be transformed for the promotion with biscuits that are embossed with Batman’s image and an exciting new Gotham skyline wrap to grab consumers’ attention from the shelf.

These promotional packs will be available from mid-January onwards ahead of the film’s release on the 4th March 2022. The campaign follows previous activations from the OREO brand featuring other iconic figures such as Lady Gaga and Super Mario which helped to drive relevance for the globally-leading range. The collaboration with Batman is set to be the brand’s biggest partnership of its kind, with significant social, digital, PR, OOH and in-store support behind the campaign.

“‘The Batman’ is one of 2022’s most highly anticipated releases, and so we wanted to create something really exciting for OREO-lovers and Batman fans across the UK, combining the two global icons of popular culture and generate excitement in store,” said Rafael Espesani, Senior Brand Manager for OREO at Mondelēz International. “This promotion sees the ultimate crossover, bringing the Gotham skyline to the biscuit fixture and driving incremental sales for retailers, while offering a playful twist to the film.”

The limited-edition packaging and embossed biscuits will roll out across OREO 154g Original, OREO 154g Original PMP, OREO Twin Pack and OREO 66g from mid-January. Retailers should stock up on OREO’s biggest selling packs to make the most of this unmissable promotion.