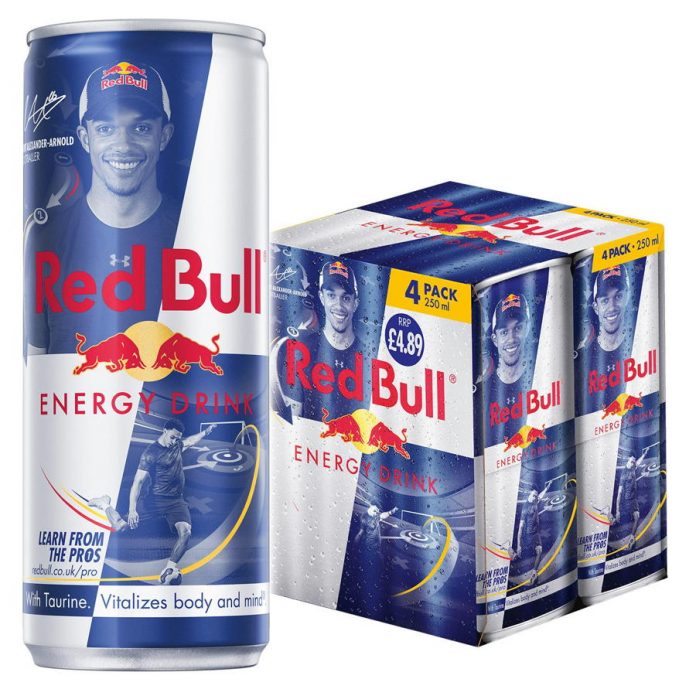 As part of the campaign, Liverpool and Red Bull athlete Trent Alexander-Arnold will offer a never-before-seen view of how he trains and liveshis day-to-day life. Red Bull Pro will see Trent feature on all Red Bull rhombus Energy Drink, Sugarfree and Zero 250ml cans for the campaign duration, across all off premise channels, in plain and PMC variations.

The campaign will be available in all grocers, convenience stores, high street locations and petrol stations through June and July 2021, tying in with a summer of live sport.

The campaign will also be the first consumer activation to feature Red Bull Energy Drink and SugarFree x8 and x12 multipacks, with multipacks growing at a pace of 38 per cent YTD, with Energy Drink Single packs 23.9 per cent and Sugarfree/Zero variants 20.7 per cent.

Expanding the campaign across single and multipacks can enable better visibility and distribution for multipacks in both Retail and Impulse channels, the brand said.

Red Bull Pro will be supported by a strategic multi-media marketing campaign and impactful instore point of sale to promote large scale awareness. Trent Alexander-Arnold will take up the hero position on the campaign landing page and push users to take part in a series of games to improve their vision via the Red Bull Pro Hub.

There will also be a landmark film, ‘Trent’s Vision’, which is available to stream now on Red Bull TV – along with a full suite of content provided by the site to provoke further Red Bull interaction for consumers throughout the Summer.

There will also be sampling activations of 100,000 Trent cans throughout the  next four weeks. This will take place during 5-a-side football games, Saturday and Sunday league football games, mid-week training and more where teams and athletes will get the chance to sample cans across the entire Red Bull Pro range.

To participate in the campaign,consumers will be directed to the Red Bull site via a barcode on the new Red Bull Pro cans. They will be able to take part in an online acuity and peripheral vision game, earning the chance to win time training with Trent, gaining direct exposure to athlete advice, learning from him and personally improving.