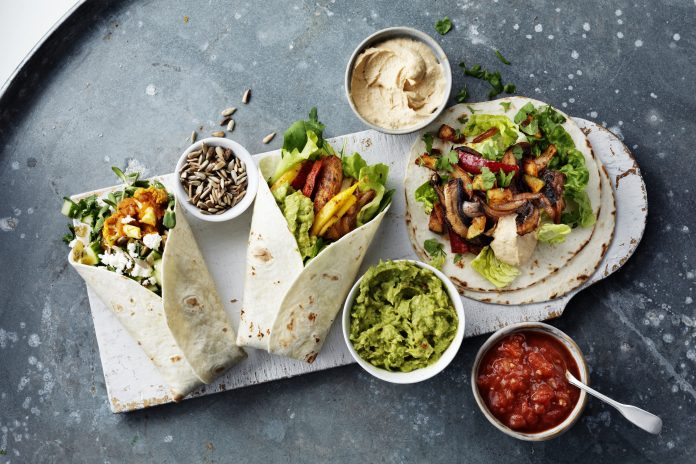 Mexican food is 2021’s most popular Veganuary cuisine for the second year running, new social media insight from spice specialist Santa Maria has shown. Mexican overtook Thai, Middle Eastern and Indian cuisine in January 2021’s Veganuary-related posts to give it the largest share of the social conversation – indicating it’s a key trend for retailers to maximise the growing opportunity and look to promote the category.

Coming top in 2020 with 18 per cent of the Veganuary conversation, mentions of Mexican food increased for the same period this year to dominate 21 per cent of posts. The data, gathered by social listening tool Delve on behalf of Santa Maria, showed tacos and wraps were the Tex-Mex dishes that received the most attention, closely followed by nachos, fajitas and quesadillas. Mexitarian is more popular than ever, with brands like Taco Bell who have partnered with Gold&Green Foods Pulled Oats to launch a new range of plant-based fillings and Chilango and Wahaca have all taken the vegan Mexican trend mainstream. In addition popular Mexican theme days such as “Taco Tuesday” and “Fajita Friday” give target shoppers another fantastic reason to purchase.

Hannah Hurling, Sales, Shopper & Marketing Co-ordinator at Paulig, says: “Mexican is not just for dinner – in fact it’s an extremely versatile cuisine! There are over 218 million Mexican meals eaten in an average of 6 months and in the last 6 months of lockdown, the cuisine has grown by +15 per cent. That’s 33 million extra Mexican meals – and lunchtime has been a huge driver of this growth. In the same period, we’ve seen 15 million more Mexican lunchtime meals consumed.”

Cauliflower-based Mexican dishes, particularly as a meat alternative in tacos, appear to be popular, with an increase in mentions from last year. Likewise, Mexican carbs came up top, with fries, rice, and garlic bread taking the lead – even when accompanying traditionally “non-Mexican” meals. There is also evidence of the trend for fusion between Mexican dishes and high-protein vegan meal offerings, such as Mexican bean vegan pasties.

“The continued rise in popularity of Mexican dishes during Veganuary reinforces that Mexican and meat-free are a perfect match,” said Santa Maria’s Taste Creator Barny MacAdam. “Plant-based protein alternatives like Pulled Oats, are great for texture and nutrition and absorb flavour well, which is why spice plays such a vital role. Mexican cuisine is defined by its distinctive spice blends, and they can be applied to any carrier and have delicious results meaning consumers are happy to swap from meat to an alternative without sacrificing the tastes they love. Mexican spice flavours aren’t limited to wraps and tacos, they can add depth to soups, stews or for dirty fries, transforming any ingredient into a Mexican fiesta of flavour. 2021 looks set to be another year of the Mexitarian.”

With over 1 million participants since the launch of Veganuary in 2014, this year broke the record with over 580,500 signups. And Veganuary is having a clear impact with only 10 per cent of those surveyed intending to return to their original diet. In addition, 41 per cent of consumers are saying they are actively reducing their meat consumption or cutting meat out altogether.