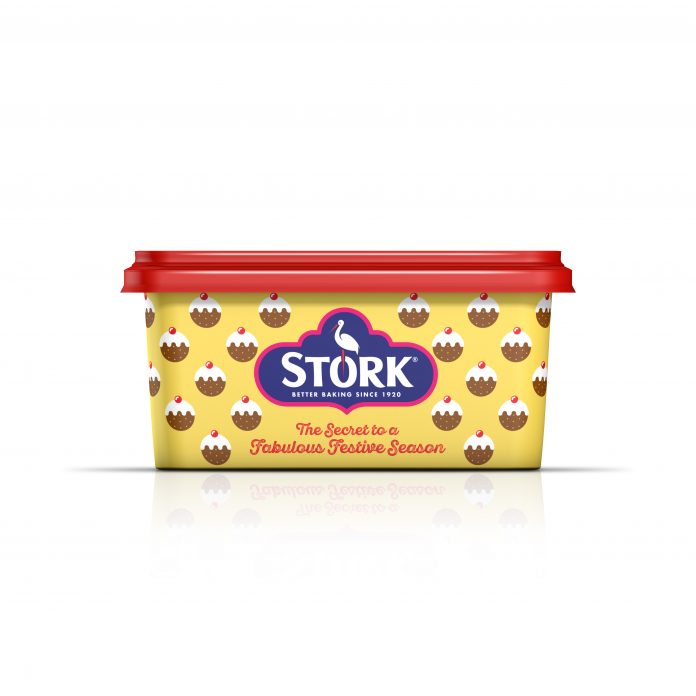 The prominent packs provide standout on shelf and are designed to excite customers at a time when they are willing to indulge and are more likely to put more products in their basket when driven by the novelty of festive specials.

“Consumers are really excited about the new packs and there has been a real buzz and excitement on Stork’s social media channels since the packs first reached stores – with people commenting that they love the festive designs,” says Catherine Lloyd, Marketing Director for Upfiled UK&I, manufacturer of Stork. “Baking ingredients are hugely important during the Christmas period and we’re pleased to see that Stork margarine is able to inspire shoppers at a time when the home baking market sees an uplift not just from regular bakers but also from those taking up baking for the festive season too.”

Since the products launched in-store last month, Upfield has already seen increased sales volume of +10 per cent versus the same period last year. “This is the first time we’ve launched special Stork packaging at Christmas. We really wanted to mark the festive season this year, since Stork is celebrating its 100th anniversary in 2020 and we feel everyone needs a bit of extra festive cheer whilst spending majority of the Christmas period at home,” said Lloyd.

Stork has grown in value sales by 20 per cent through 2020. During the first lockdown, traffic to the brand’s website increased 130 per cent, with the most popular pages being recipes for a Victoria Sponge cake, a Lemon Cake and biscuits.

A recipe book, The Art of Home Baking, was also launched this year to celebrate Stork’s centenary. It contains 100 recipes from cranberry and mixed seed bloomer to Swiss roll and vegan chocolate fudge cake. The book is available to purchase on Amazon now.