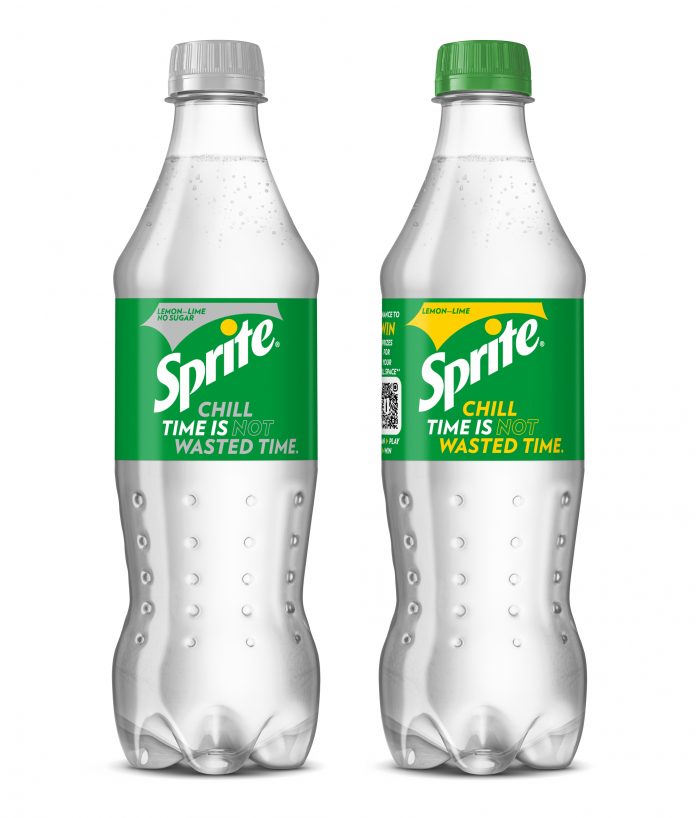 Coca-Cola Europacific Partners (CCEP) has announced a new on-pack promotion for Sprite, tapping into young adults’ enjoyment of and need for chill time, to recruit a new generation of consumers.

Under the strapline, “Chilling time is not a waste of time”, the promotion will run across the Sprite range, including the popular and growing Sprite No Sugar. The on-pack promotion is included on 330ml, 500ml, 2L and 8x330ml pack formats.

From 2 May until 12 June, customers can scan QR codes on promotional packs of Sprite that take them to the Coke app.

Prizes include £1,500 towards a whole room makeover to create the ultimate chill-out zone, smartphones, home cinema system, tablets and more – designed for those who take their chill time seriously.

The on-pack promotion will be supported by a consumer marketing campaign to remind people that “Chillin is Winnin”, and includes paid social media, out-of-home advertising, in-store activation and digital advertising. Convenience retailers can request “Chillin is Winnin” POS materials via My.CCEP.com from early May.

“Young adults typically spend more than 13 hours per day on screens, with screen-time playing a key role in their chill time at home,” said CCEP VP of Commercial Development, Martin Attock. “By tapping into the mindset of our target audience, we are confident that this promotion and campaign will increase the appeal of the Sprite brand – worth nearly £50m in retail – and drive sales for our customers this summer and beyond.”