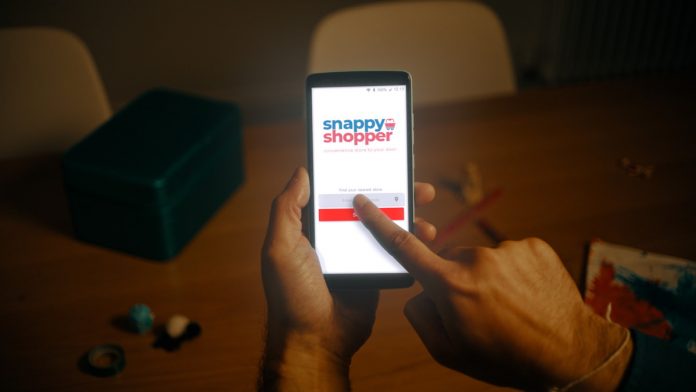 The home delivery app Snappy Shopper has unveiled its first national advertising campaign to encourage the public to shop locally.

Spanning TV, video on demand (VOD), radio and online, the adverts first launched on 2 November and will run until 5 December. Snappy Shopper, which promises deliveries from local convenience stores in as little as 30 minutes, has invested a six-figure sum in the campaign.

“The aim of our first national advertising campaign is to target shoppers who have the greatest propensity for convenience shopping and home delivery,” commented Philippe Rondepierre, marketing director at Snappy Shopper.

“We are raising the awareness of Snappy Shopper in the regions and localities where we deliver.  Scotland currently has the greatest density of Snappy Shopper outlets with 64 per cent of the resident population covered but as our presence is expanding fast throughout the UK; this gives us access to a greater choice of traditional and online media channels.”

Retailers using the Snappy Shopper app have also been provided with details on how to make the most of their digital channels ahead of the TV and digital launches.

“We see our home delivery app as a complementary addition to the in-store experience and we will continue to support retailers to make the most of the benefits our platform brings,” Rondepierre added.

New shoppers to the Snappy Shopper app will benefit from free delivery of their first order of £10 or more throughout the campaign.

Launched last year in Dundee, the service is now available in 500 stores across the UK.