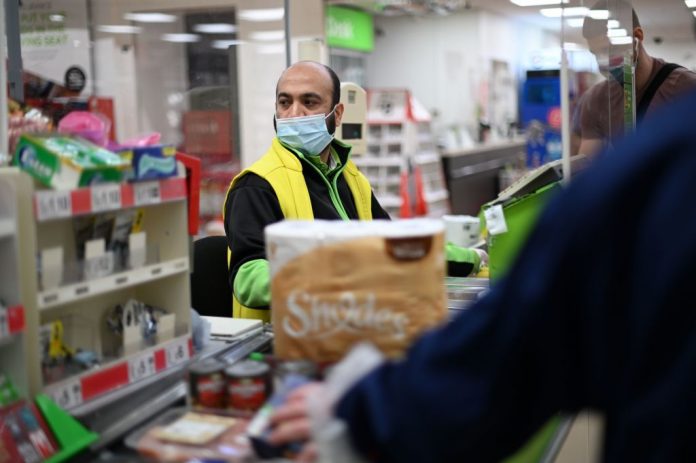 Shoppers, particularly the aged, have made more trips to grocery stores as the successful vaccine roll out and relaxation of social restrictions have encouraged more people to visit physical stores.

According to Kantar data, the four-week period to 18 April has been the busiest in store for the grocers in more than a year, as the number of trips made in April increased by 4 per cent compared to March, with older shoppers accounting for nearly half of the increased footfall.

“There is a growing sense that the worst of the pandemic is behind us, and people are becoming more comfortable with venturing out to the supermarket,” Fraser McKevitt, head of retail and consumer insight at Kantar, said.

The latest figures from Kantar show take-home grocery sales rose by 5.7 per cent during the 12 weeks to 18 April. In the four-week period to the same date, growth accelerated to 6.5 per cent.

“The return to overall sales growth in the latest four-week period also reflects what was happening in April 2020, a highly unusual month for grocery shopping. After the initial pre-lockdown rush, this time last year was comparatively quiet,” McKevitt noted.

“Shoppers chose to buy locally and limit their trips to store where possible, which is reflected by strong growth a year later. While the market may fluctuate between growth and decline in the months ahead, depending on the year-on-year comparison being made, the fact that trip numbers are up and basket sizes down suggests that habits are slowly returning to normal.”

Convenience channel, including both independents and those owned by major retailers, has seen sales decline by 19 per cent in the past month, and by 13.3 per cent in the 12 week period.

“Convenience stores were also particularly popular during the first lockdowns and, against such comparisons, it is unsurprising that sales have fallen,” McKevitt said.

However, when comparing with the same period in 2019, the convenience stores have seen an impressive growth of 21.8 per cent, way above the overall market growth of 15.3 per cent, confirming the increased custom to the stores.

McKevitt added that the long-awaited reopening of wider retail and hospitality will have a knock-on effect for the grocers.

“For example, sales of alcohol grew by just 1 per cent in the latest four weeks, as people now have the option of eating and drinking out of the home again. That said, the easing of restrictions was clearly a cause for celebration at home too. Take-home sales of sparkling wine increased by 48 per cent, suggesting that many raised a toast with friends and family in the garden or the park,” he said.

The number of people shopping online in the past month fell for the second time in a row, with the share of groceries ordered via the internet in the most recent four weeks slipping to 13.9 per cent, down from a peak of 15.4 per cent in February.