Another big name supermarket has come under fire for failing to stop customers entering without a mask in Middlesbrough.

Sainsbury’s has been criticised for the “shocking” number of customers entering its Easterside branch without a face covering.

It comes days after Tesco faced a broadside from Middlesbrough mayor Andy Preston over people entering its Corporation Road store “completely unchallenged” amid rising rates of covid in the town.

“I’m concerned about these convenience stores – I watched 90 people go in and 75 of them didn’t have masks on,” she said. “It’s very worrying.”

“I phoned Sainsbury’s and asked them what the hell they were playing at – they said they had no enforcement (power) to say please wear a face covering.”

A total of 15 positive cases of coronavirus were recorded in Middlesbrough on Wednesday – the highest total so far of this latest surge.

The town remains on the Government’s watch list as an “area of concern” with a rate of 40.6 cases per 100,000 people using NHS data to September 7 – and 11 new cases on Thursday.

After the meeting, Cllr Goodchild confirmed it was the Broughton Avenue branch of Sainsbury’s which had faced problems on Tuesday.

She said she’d contacted Sainsbury’s “begging” them to take action – explaining store staff had been ignored after politely requesting they were worn.

“75 weren’t wearing a mask and we’re a hot spot,” she added. “It’s shocking. It’s happening in convenience stores all over – it’s not just ours.

“It’s dangerous and horrendous – we need to do something about. We just cannot carry on like this with people not wearing face masks.”

Coronavirus laws state you must wear a mask in shops and supermarkets unless you have a medical exemption – with fines up to £3,200 for repeat offenders.

Last week, Preston said he wanted businesses in the town to do more when it came to ensuring covid rules were followed.

Council officers said they would pass on Cllr Goodchild’s concerns to the authority’s enforcement team.

This week the Government announced “covid marshals” will be rolled out nationwide to help enforce coronavirus rules.

Groups of no more than six people will be allowed to gather indoors or outdoors from Monday – with the exception of workplaces, schools and occasions like weddings and funerals.

In response to the concerns, a Sainsbury’s spokesman said: “We are asking everyone to continue playing their part in helping us to keep everyone safe in our stores and to wear face coverings, in line with the government guidance.

“Posters are displayed inside and outside our stores and there are regular Tannoy announcements asking customers to follow the new rules.” 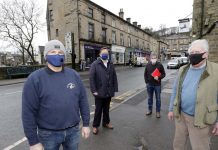 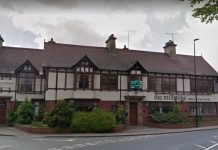