Retailers called on the police to help enforce the wearing of masks to limit the spread of COVID-19, with two of the biggest supermarkets saying on Monday they would challenge people who were flouting the rules.

With infection numbers rising sharply, the UK government has expressed concern about the spread of the virus in supermarkets, with people breaching rules by not wearing masks while shopping in them.

Non-essential retail, restaurants and bars are shut across Britain, leading to a high level of demand for supermarkets and other food stores.

“People have got to follow the guidance in supermarkets, people need to be keeping their distance, making sure that they’re wearing masks, doing the right thing,” Prime Minister Boris Johnson told reporters.

“Those who are offered a face covering and decline to wear one won’t be allowed to shop at Morrisons unless they are medically exempt,” he said. “Our store colleagues are working hard to feed you and your family, please be kind.”

Sainsbury’s later took similar action, saying it would deploy security guards to challenge people who were not wearing masks and ensure that people do not shop in groups.

The British Retail Consortium (BRC) called for the police to do more after interventions by staff led to a sharp rise in incidents of abuse.

“While enforcement of face coverings is the responsibility of the police, retailers continue to do what they can to encourage their use throughout stores,” Andrew Opie, the BRC’s director of food & sustainability, said.

“Sadly, this has led to a sharp rise in incidents of violence and abuse against shop workers, which is why it is essential police support the work being done by retailers.”

Opie also said that data from the government’s Scientific Advisory Group for Emergencies had highlighted that retail was a safe environment, and noted that firms had spent hundreds of millions of pounds on safety measures including perspex screens, additional cleaning and social distancing.

“Supermarkets continue to follow all safety guidance and customers should be reassured that supermarkets are COVID-secure and safe to visit during lockdown and beyond,” he said. 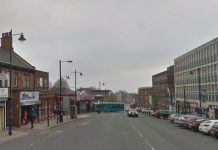 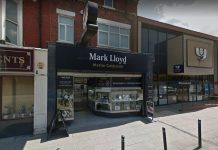 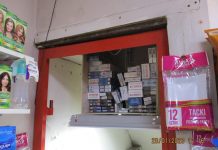