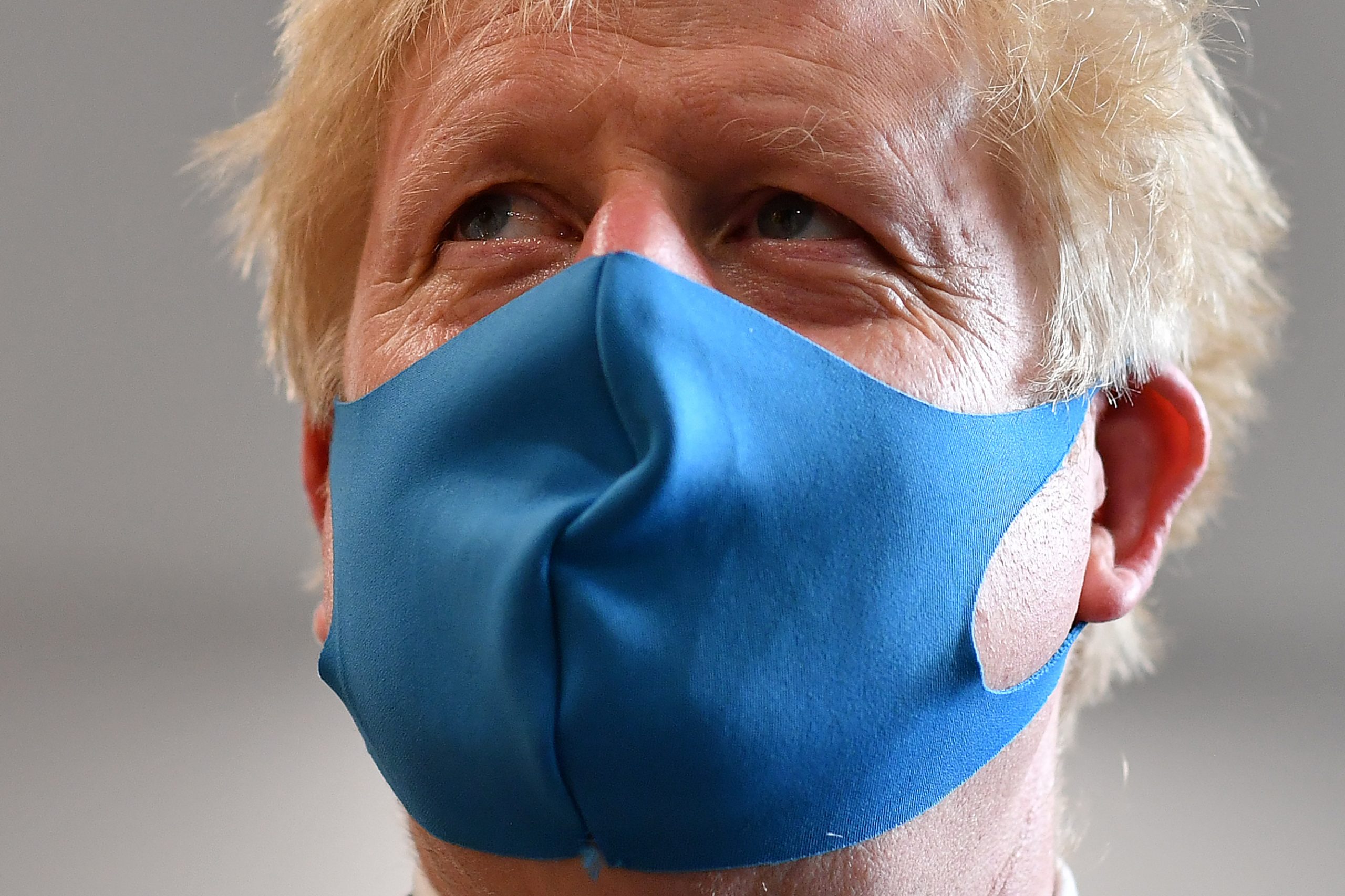 Prime Minister Boris Johnson is to decide whether wearing face masks in shops should be compulsory in England to reduce to the spread of coronavirus.

During a visit to the London Ambulance Service today (Monday 13 July), the PM, who was seen wearing a face mask, confirmed that a decision will be made in “the next few days”.

He said ministers and officials were “looking at” the guidance on whether they should be compulsory in such settings, adding that people “should be wearing” coverings.

A further 12 more people who tested positive for coronavirus in the UK died today according to the Department of Health and Social Care, taking the total number of victims to 44,840.

Speaking earlier today, Mr Johnson said: “In terms of how we do that whether we make it mandatory or not, we’ll be looking at the guidance – we’ll be seeing a little bit more in the next few days.

“Throughout this crisis people have shown amazing sensitivity towards other people and understanding of the needs to get the virus down by doing things cooperatively.

“Wearing masks is one of them… It’s a mutual thing; people do see the value of it. We’ll be looking in the next few days about exactly how – with what tools of enforcement – we think we want to make progress.”

The comments came after cabinet minister Michael Gove told the BBC News on Sunday that coverings should not be compulsory in shops, saying he trusts people’s common sense.

He said: “”I don’t think mandatory, no, but I would encourage people to wear face masks when they are inside, in an environment where they are likely to be mixing with others and where the ventilation may not be as good as it might.

“I think that it is basic good manners, courtesy and consideration, to wear a face mask if you are, for example, in a shop.”
Scientists have warned that the public will be ‘confused’ following Mr Gove’s comments.

A recent survey conducted by YouGov revealed that 36% of people in the UK wear face coverings in public places, compared with 86% in Spain, 83% in Italy and 82% in China.

The prime minister said last Friday: “I do think we need to be stricter in insisting people wear face coverings in confined spaces where they are meeting people they don’t normally meet.”

Mayor of London Sadiq Khan and the Labour Party have been pushing for changes to the current laws and guidelines surrounding face coverings and social distancing.

Labour’s shadow health secretary Jonathan Ashworth has written to Health Secretary Matt Hancock on the matter, saying that “conflicting advice and conflicting statements from the government only hinder our fight against the virus”.

It is only currently by law to wear face masks on public transport in England, whereas anyone shopping in Scotland must do so.
Masks and other face coverings are worn to help prevent wearers spreading coronavirus, rather than catching it.

The World Health Organization says masks and homemade cloth face coverings should be worn in public where social distancing is not possible to reduce the spread of Covid-19.