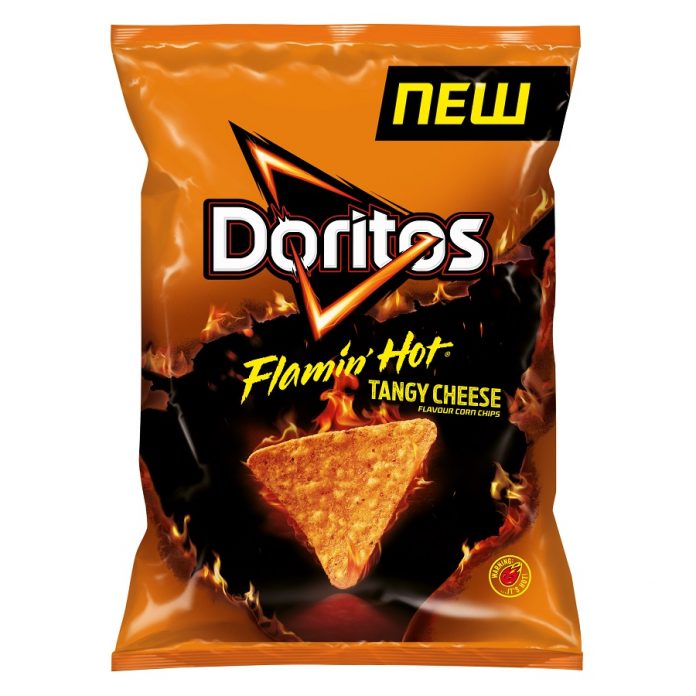 Following the successful launch in the US, PepsiCo has unveiled the Flamin’ Hot Tangy Cheese flavour Doritos in the UK.

Available in stores from 12 January, the product is a new ‘hot’ take on the popular Tangy Cheese flavour tortilla chips.

“Shoppers are constantly looking for snacks that excite them and break away from what they would deem ‘the norm’. Doritos Flamin’ Hot Tangy Cheese flavour does just that. It gives them the familiarity of Tangy Cheese, a taste that they know and love, only now it’s hot,” commented Pippa Pennington, Doritos marketing manager.

The launch will be supported with an extensive marketing campaign spanning TV, online and in-store touch-points that commences in March.