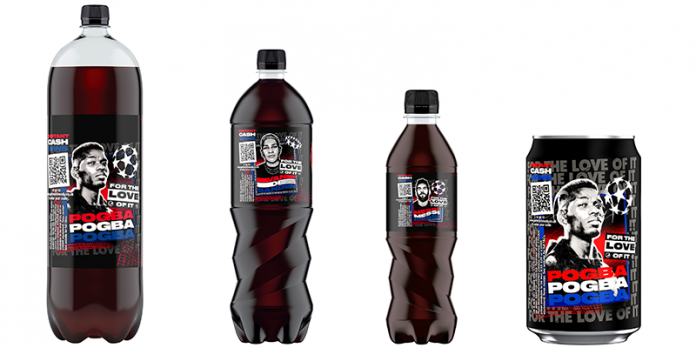 Pepsi Max has launched an on-pack promotion to celebrate its continued sponsorship of the UEFA Champions League.

The promotion offers over half a million customers the chance to win instant cash via a QR code, to the value of £10, £20 or £100, aiming to drive sales among both new and existing shoppers.

Alongside some of the world’s top football stars, a female footballer will be featured on-pack for the first time, following sponsorship rights being extended to the Women’s UEFA Champions League and the wider Women’s game.

The promotional packs appeared on shelves from 1 May and are available until the end of July, in both take home and on the go formats, including main packs; 330ml cans, 500ml and 2L bottles.

A QR code on pack gives shoppers the opportunity to win cash prizes, taking the consumer directly to a Facebook Messenger chatbot which will tell them if they have won a prize, offering a more interactive experience. It is supported by a full 360 campaign from April, including TV, social (including TikTok and Snapchat), in-store and online.