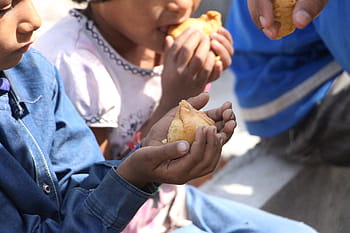 Poverty-prevention charity Oxfam has warned more people could die from hunger caused from the coronavirus pandemic.

It has been estimated 122 million of the world’s poorest people could be fall into deeper poverty and starvation, according to a reported named The Hunger Virus.

Lockdowns across the world has caused several countries suffer economic crashes due to restrictions resulting in many facing unemployment, food production and supply disruptions, and high medical demands.

Middle-income countries such as Brazil and India currently have the second and third highest recorded cases of Covid-19 in the world and almost 80,000 deaths combined.

Both countries are also experiencing an alarming increase of hunger with millions of families and industries being impacted by the worldwide crisis.

The UK currently has the seventh highest number of cases recorded, with several businesses confirming job cuts or permanently closing due to months of lockdown.

Oxfam’s report also found that almost eight million Britons had reduced portion sizes or missed meals during the first few weeks of lockdown, and the charity called on the government to act.

The daily mortality rate for Covid-19 globally reportedly reached its highest recorded point so far in April 2020 at over 10,000 deaths per day.

Danny Sriskandarajah, chief executive of Oxfam GB, said: “The knock-on impacts of Covid-19 are far more widespread than the virus itself, pushing millions of the world’s poorest people deeper into hunger and poverty.

“It is vital governments contain the spread of this deadly disease, but they must also prevent it killing as many – if not more – people from hunger.”

He added: “Governments can save lives now by funding the UN Covid-19 appeal and supporting the call for a global ceasefire to end conflict in order to tackle the pandemic.

“The UK could make a real difference by championing debt cancellation at the G20 finance ministers meeting next week to pay for social protection measures such as cash grants to help people survive.”

“For many people Covid-19 comes as a crisis on top of a crisis. To break the cycle of hunger, governments must build fairer and more sustainable food systems that ensure small-scale producers and workers earn a living wage.”

Since the pandemic began, Oxfam says it has helped 4.5 million of the world’s most vulnerable people with food aid and clean water, working together with over 344 partners across 62 countries.

The international agency aims to reach a total of 14 million people by raising a further £90 million ($113m) after reporting only 9% of funding for tackling food security had been met under then UN’s global fund against Covid-19.