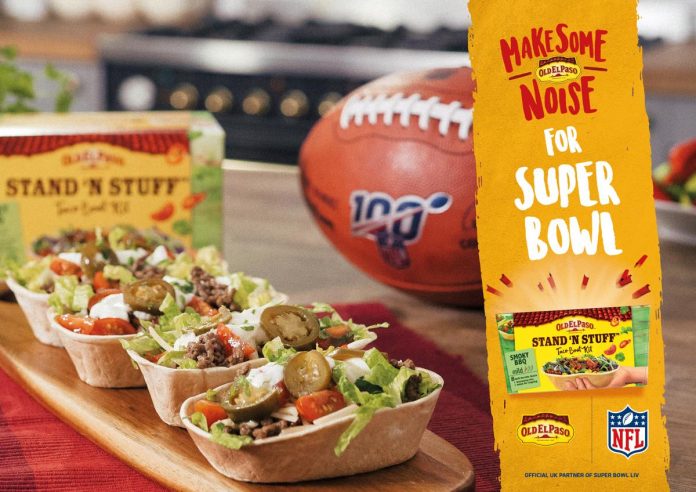 Old El Paso has teamed up with NFL UK to celebrate Super Bowl LIV, which takes place in Miami on Sunday (February 2).

The General Mills brand, as Official UK and Ireland Partner of Super Bowl 54, will be launching three Mexican-inspired recipes with NFL UK in an online content series ‘Make Some Noise for Super Bowl’.

“We are thrilled to partner with NFL UK to ‘Make Some Noise for Super Bowl’ and inspire both foodies and NFL fans in UK and Ireland to get around the table and into the swing of Super Bowl Sunday with our bespoke Old El Paso recipes that perfectly complement the ultimate game night,” said Lindsay Hill, marketing manager for Old El Paso UK and Ireland.

The social media videos will be promoted on both NFL UK and Old El Paso UK and Ireland’s channels along with special product promotions on Amazon UK and Ocado.

Retailers are encouraged to stock up on Old El Paso best-sellers Smoky BBQ Fajita Kit and Stand ‘N’ Stuff Taco Kit to meet increased demand ahead of the event.