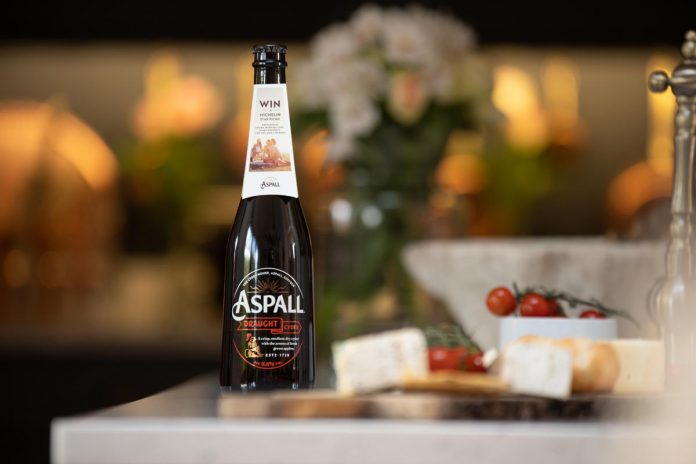 Premium cider brand Aspall has launched a summer campaign giving consumers the chance to win a picnic prepared by a Michelin starred chef and hundreds of other luxury prizes.

The ‘Michelin Star Picnic’ competition will see one lucky winner and five of their friends enjoy a picnic at a location of their choice prepared by James Knappett, award-winning chef at the two-Michelin Star restaurant, The Kitchen Table.

The picnic will include a selection of culinary treats and picnic basket classics, alongside two bespoke dishes created by Knappett which have been inspired by the flavour of Apsall Cyder. Shoppers can also get their hands on some ‘instant win’ prizes, including a picnic hamper stocked with six bottles of Aspall Cyder, containing the brand’s Premier Cru Cyder, and even an Aspall luxury picnic blanket.

Running until 16 August, consumers can enter the completion by following the instructions on the neck collar of its Aspall Premier Cru, Draught and Organic Cyder bottles, available in major supermarkets, convenience stores and wholesalers. The activation will be supported by a dedicated social media campaign and point-of-sale material to encourage consumers to enter.

“With sunny days out with friends and family back on the cards this summer after many months apart, we wanted to give consumers a chance to win something truly special to share with those close to them,” commented Phil Pick, marketing controller for cider at Molson Coors Beverage Company.

“Throughout the coming weeks, we’ll be drumming up excitement to help retailers make the most of this exciting competition with social media activity and eye-catching POS material to help raise awareness of the competition and the great prizes up for grabs.”