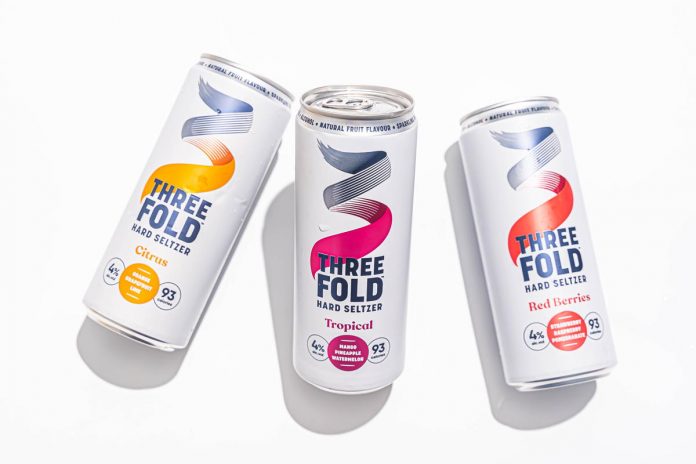 Molson Coors Beverage Company has announced around £5 million in its new hard seltzer brand Three Fold, the biggest brand investment the company has ever made into a new category in the UK.

Three Fold, which launched at the end of last year through the brand’s own e-commerce site, is now available in Morrisons, off-license chain Bargain Booze and through the wholesaler Bestway, having secured new permanent listings in May.

“Three Fold was conceived with mainstream adult appeal in mind, taking recognisable flavour combinations, evolved with the lighter, fresher profile that hard seltzers offer. Consumer taste tests have been resoundingly positive, with our range preferred to an extensive competitor set, and it’s incredibly exciting to see it on shelves at some of the UK’s best-known retailers,” Charlotte Revill, brand manager at Molson Coors, said.

Molson Coors was a first mover in the hard seltzer category last year, after signing an exclusive distribution agreement with Bodega Bay, the first premium seltzer in the UK market.

The move follows the rapid growth of the hard seltzer category in the US, where retail sales reached $2.7 billion in the 12 months to June last year. Hard Seltzer products already command a 2.6 per cent market share of all beverage alcohol in the US, according to drinks market analysts IWSR, up from less than 1 per cent a year ago.

“All the signs point to hard seltzers being the next drinks category to firmly establish itself in the UK. We expect its rapid growth in the US to be mirrored here and a major investment in our own product is to ensure that we, and our customers, are at the forefront of this quickly emerging category,” Revill commented.

Three Fold hard seltzer comes in three fruity varieties – Red Berries, Tropical and Citrus. Naturally vegan and gluten-free, each 330ml can contains 4% alcohol by volume and 93 calories. It is sold as single cans and a variety six-pack.

“The sales performance of hard seltzers speaks for itself and is far higher than normally expected of a new category entrant to the market. Three Fold has certainly followed this trend and sales through our new listing with Morrisons have significantly exceeded expectations,” Revill added.

The investment in the brand includes a comprehensive digital, social and out-of-home media campaign. In a new sponsorship deal, Three Fold will also be the official ‘finisher drink’ at the annual Tough Mudder, one of the world’s most famous mud runs.