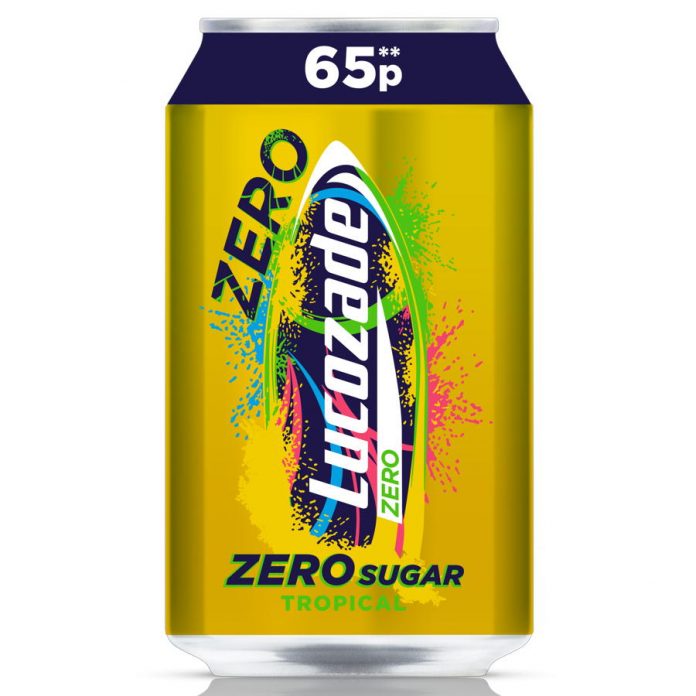 Lucozade has unveiled a 330ml can format for its zero sugar range.

The launch of the new format taps into the continued growth in popularity of cans, the second largest format in soft drinks, with sales growing by 17 per cent.

“With sales of 330ml cans growing by 17 per cent, sales of low and no sugar drinks rising year-on-year, and a clear desire from shoppers for new flavours – one in three shoppers would buy more Lucozade Zero if a new flavour was available –this new 330ml can range is the perfect launch for this time.”

The new format, including the new Lucozade Zero Tropical flavour, will be supported with a comprehensive marketing campaign including outdoor advertising, PR, digital and social media advertising, which will go live in the summer.