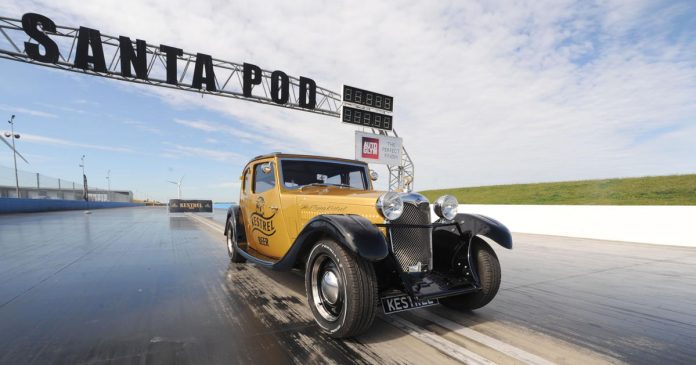 The two season Show tells the story of The Flying Kestrel, the company’s miraculous transformation of an abandoned 1930s Riley Kestrel car into a land speed record breaker.

A new 40 second TV commercial “Brewed for the Bold” will be released to coincide with the launch of the season one of the series next month, to be broadcast across linear and digital networks to over 300 million people worldwide.

The ad highlights the completion of the heritage lager brand’s rejuvenation, and Kestrel aims a major sales and marketing push in multiple markets including the US, China, India, Australia and South Korea.

“In true Kestrel fighting spirit, we have nurtured and developed The Flying Kestrel project throughout the pandemic, giving the beautiful old car a new lease of life and finally uncovering its true potential,” said Nigel McNally, founder and chief executive of Brookfield Drinks, who purchased the brand in 2012.

“It’s the perfect showcase for our brand and testament to some important traits we have always held dear – unflappable teamwork, the ability to overcome adversity and the power in following your dreams and sticking your foot down on life’s accelerator.”

The car with its turbo charged 2.5 litre, 5-cylinder engine capable of 900bhp and speeds of over 200mph is gearing up to become a roving brand ambassador with its own range of clothing and merchandise, dedicated website and social media channels and a busy schedule of guest appearances at live shows and events across the UK and internationally when they restart.

The new TV commercial will be launched later this month and the marketing campaign will span print, social and digital, PR and e-commerce.