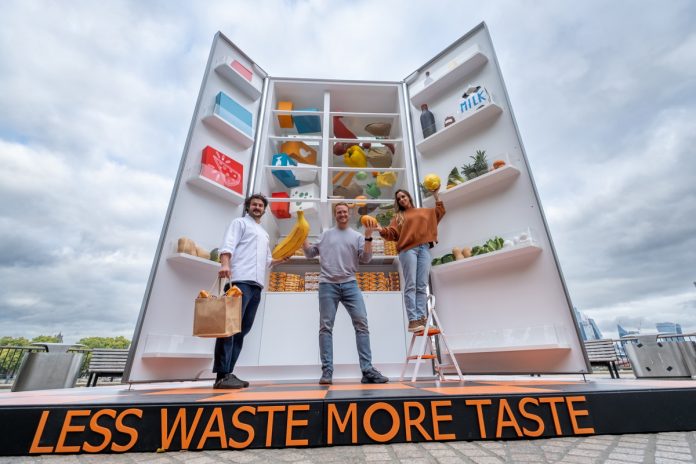 The tie-up will see Jacob’s, donate 40,000 meals over the next year to support FareShare’s network of nearly 9,500 charitable organisations across the UK.

The campaign kick-started on Wednesday with an epic out-of-home activation borne out of research commissioned by pladis which highlighted that Brits throw out a staggering £412 million worth of food each week. Bringing this to life, the snacking giant installed 4.5-metre-high fridge on London’s Southbank, filled with plastic models of the most commonly wasted oversized food items.

“In the current climate, making food stretch further is becoming a huge priority for Brits,” said Kate Stokes, senior brand manager- Jacob’s at pladis UK&I. “So, as the UK’s number one savoury biscuit brand, we’ve launched a campaign which will provide shoppers with the inspiration they need to make the most of what’s already in their fridges.”

Jacob’s has teamed up with sustainable chef Martyn Odell to create three simple-to-make recipes which showcase how its crackers can be perfectly paired with most commonly wasted food items. Visitors to the brand’s experiential activation were able to sample these first-hand.

Stokes continued: “The Jacob’s portfolio consists of fan-favourite products which shoppers have been topping, dipping and sandwiching for over 160 years – and it’s this versatility which makes our crackers the perfect centrepiece for getting creative with leftovers.”

Also fronting the campaign is Olympic gold-medallist Greg Rutherford, and his wife, social media influencer Susie Verrill – who will be creating a series of social media content shining a light on easy ways shoppers can reduce food waste at home.