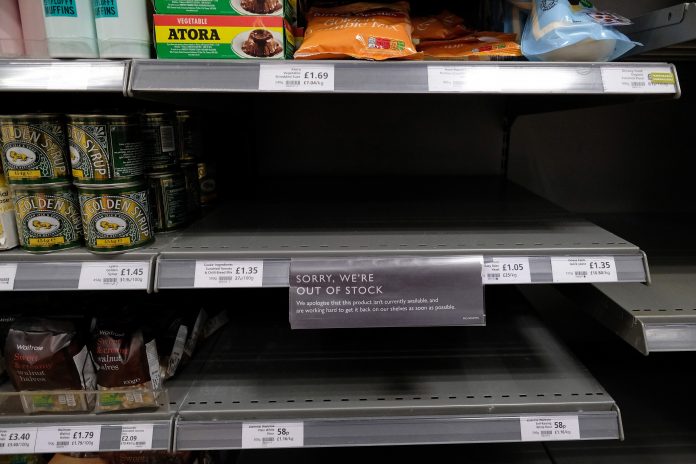 Furious independent retailers and wholesalers have accused major suppliers of giving priority to the multiple supermarkets and restricting supply in the convenience channel in the wake of the Coronavirus pandemic.

Asian Trader spoke to a number of retailers who accused key suppliers of betraying the sector and threatened to blacklist certain brands in future.

“You’ve failed the independents on supply and deserve no promos, promo ends and zero support to new lines going forward. Hope the indies remember this for years to come,” said one irate retailer.

Overall demand across the grocery sector has increased in the past two months, beginning with “panic buying” as the coronavirus reached UK shores. The uplift in sales was greatest by far in the Convenience sector, especially as the lockdown came into force and citizens were confined to their homes and immediate localities.

Spending at supermarkets in March rose 21.3 per cent but by half as much again – 30.5 per cent – at independent stores, meaning that the supermarkets, while increasing sales, were losing significant market share to independents.

It demonstrated that shoppers were forsaking the multiples for their own neighbourhood and street-level stores.

However, since the first depletions of stock back in March, disturbing evidence has emerged that major suppliers are restricting stock and cancelling orders and contracts to independent wholesalers and traders while favouring the multiples.

Bestway managing Director Dawood Pervez in an interview with Asian Trader claimed that suppliers are sticking to the pre-crisis distribution model while ignoring the shift in demand towards the Convenience sector and away from the supermarkets:

“What suppliers have done is looked at normal proportion of sales for September, October, November, December, January and February and said, ‘Okay, out of every 100 cans 10 to convenience, 90 to multiple retails’,” said Pervez. “But the reality is that since March and during this lockdown it is not 10­:90, it is 20:­80.”

There is growing unease in the wholesale sector that supermarkets could be using their buying power as leverage against the manufacturers.

“If they catch a whiff that you have stock elsewhere and you’re not fulfilling their orders, that’s a £10,000 fine and probably a delisting. When it comes to who is getting stock, it’s only going to ever go their way,” one producer bitterly remarked.

Asian Trader spoke to a number of wholesalers and retailers who are finding replenishing their shelves difficult to impossible.

Asian Trader approached many suppliers with a list of specific and detailed questions but received only sporadic responses that gave no meaningful information that addressed the issue of supply in the convenience channel.

One of the most hotly criticised suppliers among retailers is Heinz. While baked beans were almost impossible to get hold of for independents, the multiples seemed relatively well-stocked. “Availability of Heinz has been poor for me, but I’ve seen some bigger stores get pallets of baked beans. It’s really unfair,” reported one retailer.

Adding insult to injury, the company also stepped up a home delivery scheme, “Heinz to Home”, that sends tinned food to customers’ doorsteps, bypassing the Convenience channel. Heinz claims it will help key workers and the vulnerable, but the scheme has been met with utter dismay by shopkeepers, who feel betrayed.

“You will not get these boxes to the right people,” one shopkeeper complained to Heinz.

It is true that supply problems are general across all grocery sectors, and suppliers are experiencing material difficulties. However, specific complaints that have arisen from wholesalers include:

One independent wholesaler said, “We are experiencing major issues with the supply chain. We are operating at 45 per cent availability, grocery and non-food items being worst affected. Beer and cider is now under pressure. Some suppliers are genuinely suffering with supply and manufacturing whereas some have taken the option to supply supermarkets as a priority.”

Another said that the Heinz to Home scheme was “ridiculous and undermines us all,” adding, “It’s a real bad situation. Retailer shelves are empty. To make things worse, prices we are being charged by our direct suppliers have been inflated. It’s annoying to hear how the public critiqued independent retailers on social media for taking advantage – whereas all they have being doing is trying to support communities by staying open. We have seen tomato tins double in price, most promotions removed and price mark packs eliminated.”

“They’ve really let us down,” said retailer Onkar Sandhu of the suppliers. “Anyone who has behaved inappropriately during this crisis needs to be blacklisted.”