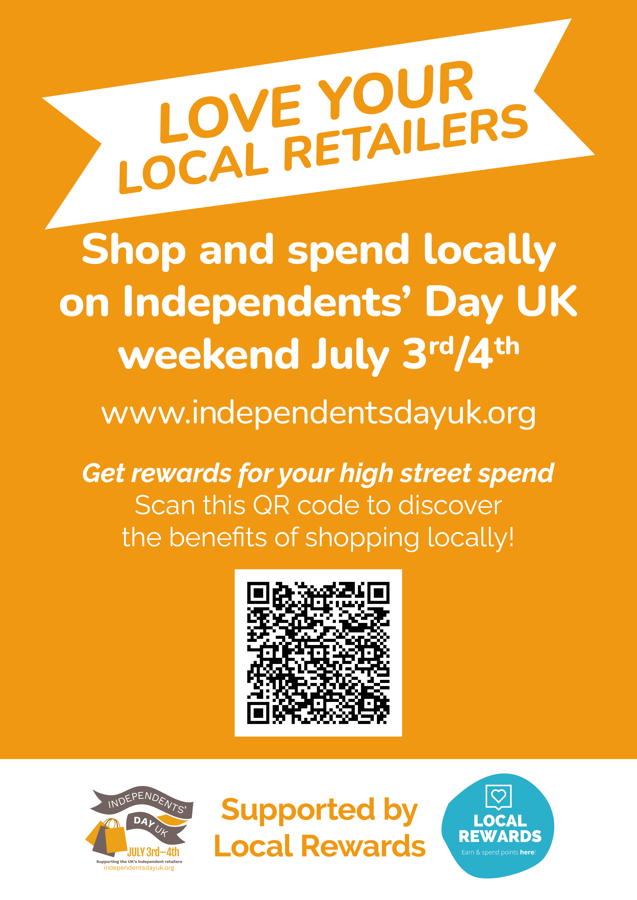 The Independents’ Day UK campaign will involve for the first time a full weekend of celebrations highlighting Britain’s indie retailers, the organisers announced.

The initiative that emphasises driving footfall to independent shops on 4 July each year will be celebrated this year across Saturday 3rd and Sunday 4th of July, urging consumers to “pledge a few pounds” to independent retailers, by spending at indies across the weekend.

“The British independent retail sector has shown real resilience in the face of the Covid crisis across the last year, operating through extreme uncertainty and putting on a brave face for their customers and wider communities,” Howard Robinson, a spokesperson for Independents’ Day UK, commented.

“We are asking the public to show their thanks by simply heading out across the weekend of July 3rd and 4th and spending a few pounds at a independent, or locally-owned retailers.”

The campaign will be sponsored by Local Rewards, a programme developed by social media specialists Maybe* Tech, which allows retailers to communicate with and reward shoppers – and is now live across hundreds of towns and cities across the UK.

Created with the intention of ‘levelling the playing field’ between local retailers and giants like Amazon, Local Rewards allows participating retailers to cross-promote and support their high street neighbours to create an online network of connected traders. The service also allows shoppers to see businesses near them and view their social media content as they are shopping the town or city.

The campaign team hopes that at least 20,000 small shops across the UK will engage with the campaign his year, up from the estimated 8,500 shops last year. Around 100 different town management teams, business improvement districts, chambers of commerce and local business groups across the country participated in initiatives to promote the day.

Andrew Goodacre, Bira chief executive, said, “Independents’ Day will soon be with us again – this time better and over a whole weekend. This year is probably the most important year for indie retail, as businesses look to rebuild following the pandemic.

“The money spent in local, independent shops makes a real difference to business owners and the local economy, so it would be great if the general public could support this campaign and spend at independents.”