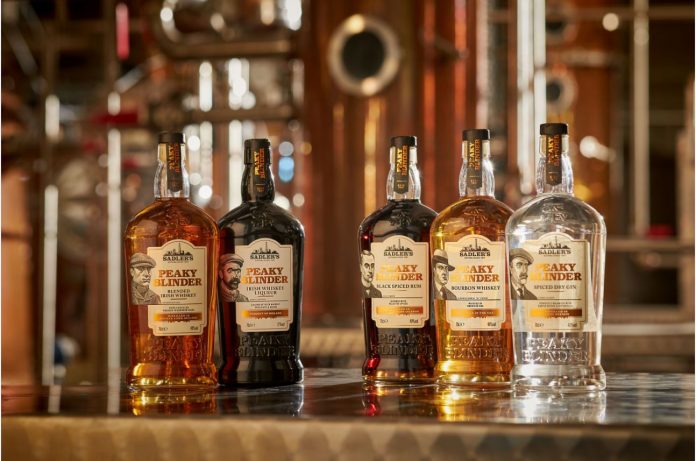 Halewood Artisanal Spirits has announced a £1m investment in the opening of a brand new distillery at the Sadler’s site in the Black Country.

The new distillery, which houses four, state-of-the-art Arnold Holstein stills, will become the main production site for Sadler’s award-winning Peaky Blinder spirits. This includes Peaky Blinder Spiced Dry Gin and Black Spiced Rum – each one of which is named after an infamous character from the Peaky Blinder gang which inhabited the area in the 1890s.

“After months of planning, we’re very pleased to share our plans for the Sadler’s site in Lye,” said James Stocker, Halewood’s marketing director. “As we’ve continued to see strong sales for our Peaky Blinder spirits via our eCommerce channels, both in the UK and globally, this felt like the perfect time to bring production back to their rightful home.

“The move also forms part of our ongoing strategy to create a range of artisanal spirits with provenance – and with this state-of-the-art equipment and significant investment in the site, our goal is to put the Black Country on the map as an area synonymous with quality spirits production – all under the strength Peaky Blinder name.”

The new site is now in full production, with the first locally produced spirits to roll out into the market at the end of this year.