People will have to get used to higher food prices, the boss of Kraft Heinz has declared as the food giant puts up prices across several countries, stated recent reports.

Kraft Heinz CEO Miguel Patricio on Monday (11) told BBC that the international food giant, which makes tomato sauce and baked beans, was putting up prices in several countries. It has already increased prices on more than half of its products in the US, he said.

“We are raising prices, where necessary, around the world,” he said.

In the UK, the lack of lorry drivers is adding to the rising costs.

“Specifically in the UK, with the lack of truck drivers. In [the] US logistic costs also increased substantially, and there’s a shortage of labour in certain areas of the economy,” he said.

Patricio also said consumers will need to get used to higher food prices as the world’s population rises and businesses struggle to find enough land to grow food on – though farming technology may help in future.

However, he added that not all cost increases should be passed on to consumers, as firms should absorb some of the cost themselves.

“I think it’s up to us, and to the industry, and to the other companies to try to minimise these price increases,” he said.

Soaring food costs drove a record jump in price rises in August this year, with the Consumer Prices Index showing the increase in living costs hit 3.2 per cent over the previous 12 months.

In June the UN Food and Agriculture Organisation found global food prices had risen at their fastest monthly rate in over a decade, as the cost of ingredients such as cereals of oils surged.

The pandemic saw many countries struggle to produce the same level of raw materials, from crops to vegetable oils, and the supply of these products has been unable to keep up with returning demand as economies have reopened. This, combined with higher wages and energy prices, has led to higher prices for consumers.

The declaration by Heinz chief comes a week after PespsiCo warned it was also facing rising costs on everything from transport to raw ingredients, and said that further prices rises were likely at the start of next year. 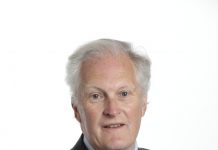 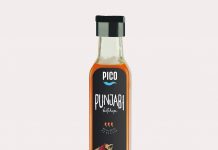