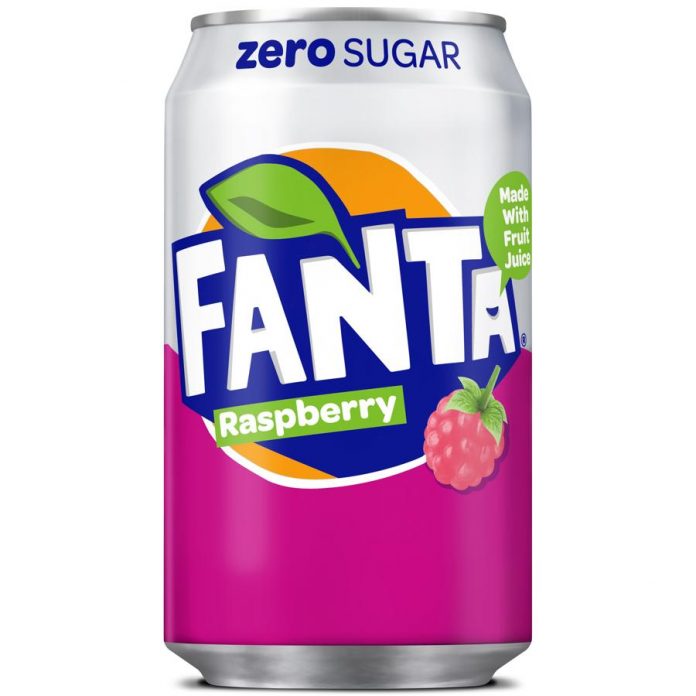 The new fruity variant will be rolled out from February onwards, in a 330ml can and a 500ml PET bottle for on-the-go consumption occasions. The drink will also be available in an 8x330ml can multipack and a 2L PET bottle format for future consumption.

The Fanta zero sugar range is now worth £66.3 million and has recruited more than 1.2 million new shoppers in the past 12 months.

“Over the last year we’ve added £33 million to the value of the Fanta brand by responding to the growing demand for flavoured carbonated soft drinks in zero sugar options and by investing in campaigns around key seasonal occasions like Halloween,” said Simon Harrison, vice president of commercial development at CCEP.

“This year we’ll build on the fantastic success of Fanta Grape zero sugar with the new Raspberry flavour, presenting another opportunity for retailers to maximise sales of soft drinks to new and existing shoppers.”

Launched in February 2019 following huge demand on social media, Fanta Grape zero sugar has proven extremely popular and is now worth over £10.6 million.

Raspberry was chosen in response to consumer demand, with raspberry-flavoured products in 11 percent volume growth in the last year. Fanta Raspberry zero sugar is made with natural flavours and is Soft Drinks Tax-exempt.

The launch will be supported by a £2 million marketing investment, featuring social media, radio, digital and out-of-home activations, as well as influencer engagement and in-store promotions.