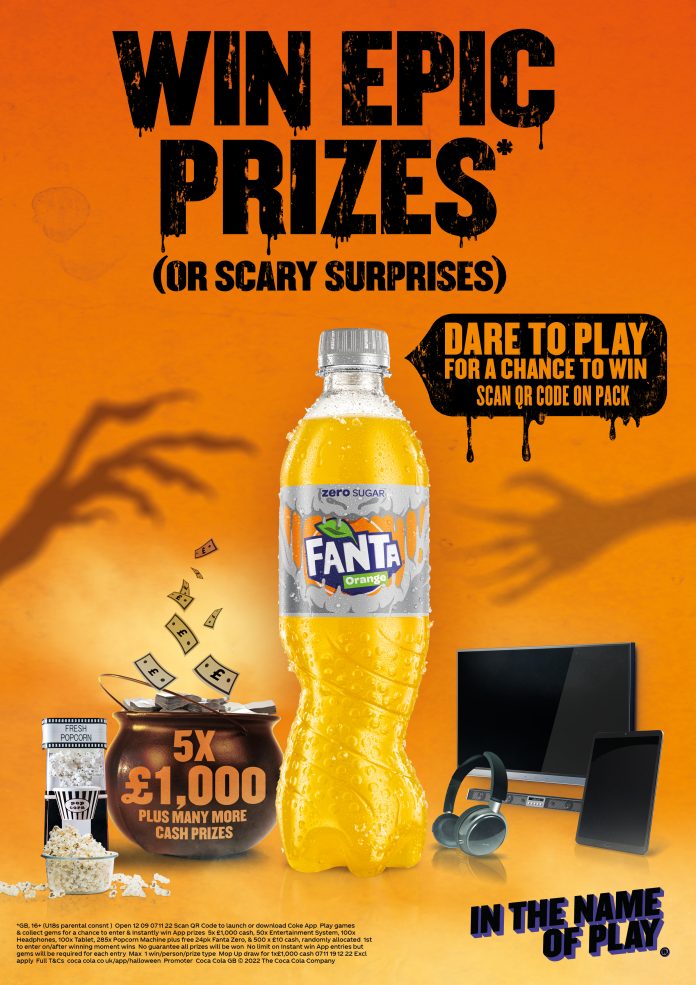 The on-pack promotion will help retailers tap into consumer demand for soft drinks at Hallowe’en in GB. Soft drinks value growth was up £69 million year-on-year during Hallowe’en 2021 – a period in which Fanta achieved a 12 per cent increase in value sales.

From 12 September, shoppers are invited to scan QR codes on limited edition, ghoulish packs of Fanta to find out instantly whether they’ve won an epic prize from a £50k prize pool. Prizes range from cauldrons of cash, to home entertainment systems and supplies for the ultimate scary movie night in. Those who don’t win will receive exclusive digital content to scare their friends and family with instead.

The promotion will be supported by a multi-million-pound marketing campaign which includes the return of the popular 2021 spooktacular TV ad, paid social media, digital and out of home advertising. Free POS materials will be available whilst stocks last from My.CCEP.com by mid-September.

“Worth more than £270m and in 13.3 per cent growth, Fanta is the number-one flavoured carbonates brand in GB and has become synonymous with Hallowe’en in recent years,” said Martin Attock, VP Commercial Development at CCEP GB. “Fanta Zero is doing particularly well and led growth during the spooky season in 2021, which is why we’re including more of our popular zero sugar flavours this time around.

“Retailers can create in-outlet theatre with front of store and aisle end displays – where HFSS-compliant ranges like Fanta have a key role to play. This, combined with our £50,000 prize pool and the other marketing activity we have planned, will help Fanta and our customers achieve another year of strong growth at Hallowe’en.”