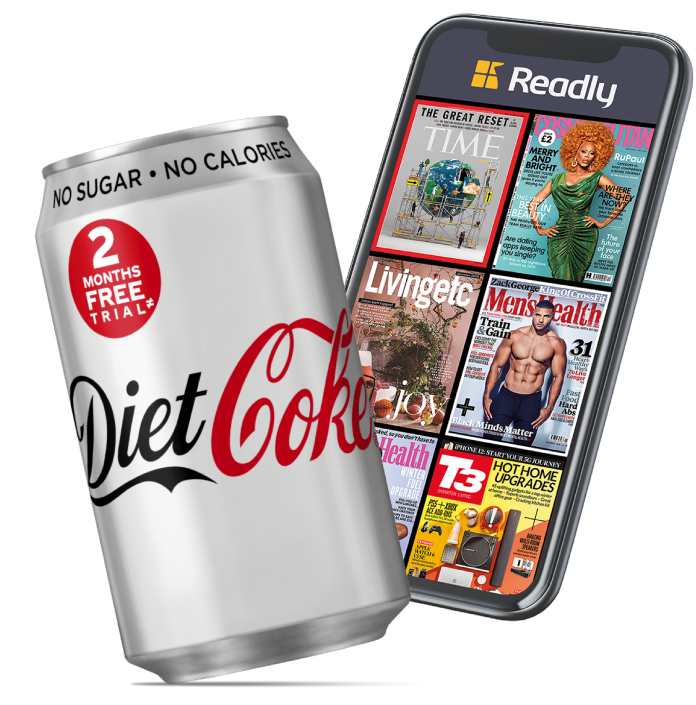 The promotion builds on Diet Coke’s ongoing “Give Yourself a Diet Coke Break” marketing campaign, which encourages people to take a moment to refresh and be kind to themselves.

From now until the 18th April, unique codes under the ring pulls or bottle caps of promotional packs of Diet Coke can be redeemed online against a free two-month Readly membership.

Each unique code entered will also go into an hourly prize draw, for the chance to win an annual subscription worth £95. Promotional packs include 300ml can and 500ml bottles (plain and price-marked packs), as well as 10-packs of cans and 2l bottles.

The on-pack promotion is being supported by a marketing campaign spanning digital, OOH and social media, while the Give Yourself a Diet Coke Break creative will continue to air on national TV and radio.

“Taking a break is one of the most frequent consumption occasions for Cola brands, and it’s been aligned to the Diet Coke brand for nearly three decades,” said Simon Harrison, vice president of commercial development at Coca-Cola European Partners GB.

“This combined with the fact that magazine purchasing and online subscriptions over-index among the core Diet Coke consumers, and with two thirds of adults in GB saying they read online and print magazines, means that this on-pack promotion is sure to boost purchases among new and existing Diet Coke shoppers.”