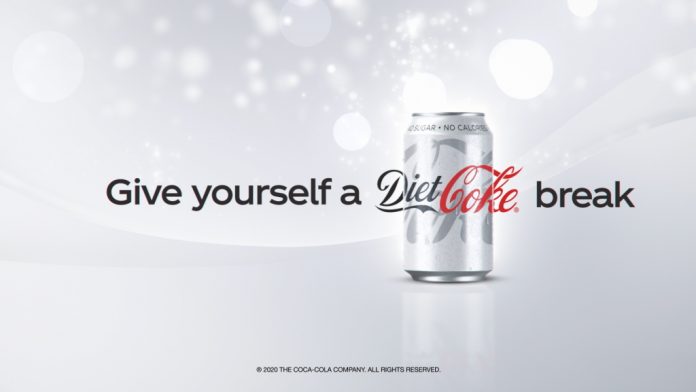 Launching at the end of June, the ‘Give Yourself a Diet Coke Break’ campaign invites people to take a moment to refresh and be kind to themselves with a little break.

“Since the country went into lockdown, we’ve seen people and communities selflessly go above and beyond to support others,” commented Simon Harrison, vice president for commercial development at CCEP Great Britain.

“As we begin to see what the new normal might look like and begin the road to recovery, the new Diet Coke campaign aims to remind consumers to take a step back and have a break for themselves.”

The first phase of the campaign will run for five weeks on TV, radio and social media with out-of-home advertising and on-pack activity set to follow later in the year.

The campaign follows the recent launch of Diet Coke’s reduced recommended price points for its range of PMPs. Diet Coke Sublime Lime and Diet Coke Twisted Strawberry 500ml bottles are now available in a £1 PMP and 1.75l bottles of Diet Coke in a £1.75 PMP.