Up to 11 per cent of local shops and businesses are on a “cliff edge” and facing permanent closure without a successful trading period this Christmas, according to new research by small business insurer Simply Business.

Simply Business spoke to 230 local shop and business owners and found that a tenth might close permanently if they fail to earn enough to cover costs this December. In addition, another 14 per cent would have to shut temporarily and 15 per cent would need to consider other forms of employment. A third of owners reported that a missed Christmas would force them to place business investment plans on hold.

Local enterprises, including pubs, cafes, retailers, market stalls and hairdressers, are expecting to earn on average over £2,000 less than usual this Christmas period, with one in ten expecting to forgo between £3,000-£5,000 of normal earnings.

“With many facing closure, money was found to be the greatest worry felt by local shop owners and local businesses, with three quarters reporting it as their biggest fear going into the festive period,” reported Simply Business CEO Alan Thomas. Half are also worried about future lockdowns and being able to reopen, and well over a tenth (13 per cent) are concerned about being able to keep employees on after Christmas.

Overall, the study found local shop and business owners are severely lacking in confidence, with over two thirds (69 per cent) pessimistic about the future of their business.

Despite government support, confidence levels also worsen the stricter the tier their local area is placed in. Over three quarters  of local shops and businesses placed in Tier 3 restrictions don’t feel confident about the future of their business, compared to 57 per cent of those placed in Tier 2, and a quarter of those in Tier 1.

A further 13 per cent of SMEs are now offering take away services and one in 10 are offering click-and-collect services.

“As we’ve seen on countless occasions throughout Covid-19, the self-employed are resilient, resourceful and innovative, and it’s encouraging to see many adapt their offering to help their chances – from offering takeaway services, to building online stores,” said Thomas. “But it’s clear that these steps can only go so far, and our research shows that success will be heavily linked to local restrictions.

“Small businesses are the backbone of Britain, and now more than ever it’s crucial we support them – by shopping with small and local businesses whenever we get the chance. With high streets officially reopening in Tier 1 and Tier 2 areas, this is a great opportunity for people to help support local communities. For those in Tier 3, using take-away services, small online businesses, and other safe delivery options can go a long way in supporting the self-employed.” 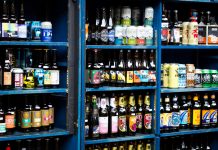 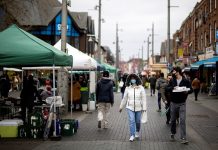 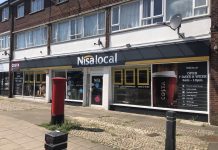