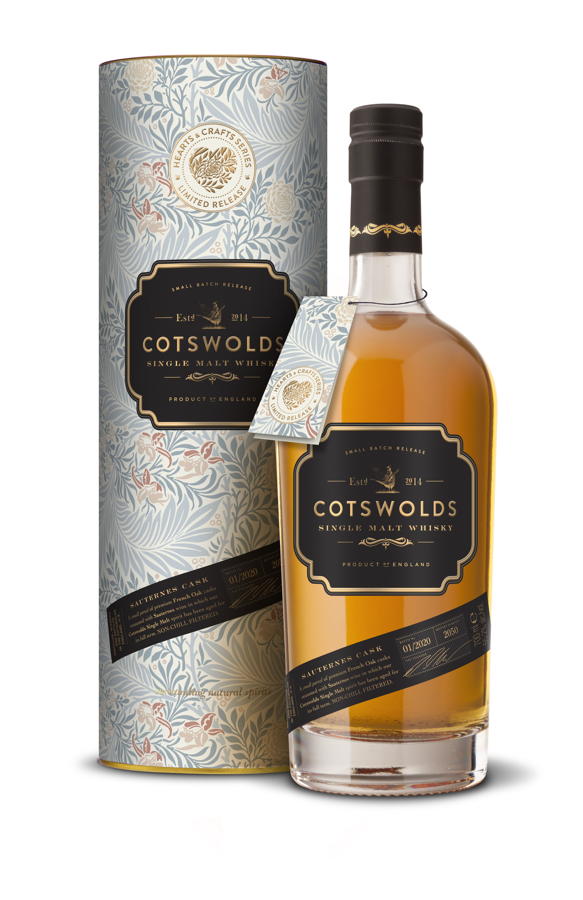 The Cotswolds Distillery has announced the release of its Hearts & Crafts Sauternes Cask Single Malt Whisky, first release in a series of single malts inspired by the Arts and Crafts movement.

The spirit is also the first ever European Oak Cask expression of the distillery.

The Hearts and Crafts Collection will see the distillery releasing yearly limited editions, with each edition being presented in a gift box featuring various patterns of William Morris, the leading designer of the Arts & Crafts Movement.

The late 19th century art movement was a response to the rapid industrialisation of Britain, and championed traditional, simple craftsmanship. Morris spent much of his time in the summer in his Cotswolds home, Kelmscott Manor.

The whisky is from a selection of five premium French Oak casks seasoned with sweet Sauternes wine, which results in a honey-coloured malt with a vinous quality and notes of sweet raisin and oak wood spice.