Britain’s largest milk delivery firm on Monday (March 23) said it has seen a surge in business because of the coronavirus outbreak, as shoppers shun supermarkets for doorstep deliveries.

Milk & More said it has added 25,000 customers and is recruiting 100 milkmen and women to help deal with the extra demand, after a government call for social distancing measures.

Milkmen and women were once a familiar daily sight on British streets before dawn, delivering pint bottles of fresh milk from crates carried on electric-powered open-sided vans or floats.

Trade association Dairy UK said 89 percent of all milk bought in Britain in 1980 was on the doorstep but many firms closed because of changing consumer habits, and cheaper competition from supermarkets.

Now as COVID-19 spreads, and the government recommends people stay at home to avoid close-contact transmission, Milk & More chief executive Patrick Muller said the service is back in vogue.

“We have been at the heart of the communities in which we serve for decades, but potentially we have never had such an important role as we do now in this current health crisis,” he added.

“The milk has gone berserk,” added milkman Colin Henderson, from Chester-le-Street in northeast England, who has been in the job for 40 years.

“I have got a pile of notes from customers and my round is taking an extra hour every day now. The dairy I work with said it is just manic…

“I just hope that after this is finished that people stay with us.”

Britain’s remaining milk delivery companies have been forced to adapt in recent years, and online orders have replaced rolled-up notes inside used bottles.

Many have diversified by adding grocery items to deliveries, from bread, bacon and eggs to toilet roll and even compost. 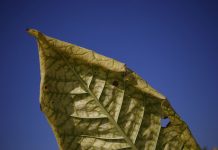 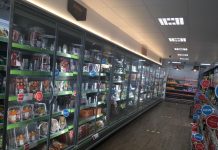 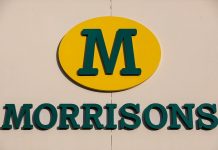