Plans for a new budget supermarket in Kendal have sparked concerns for local businesses.

Bosses at retail giant Lidl have submitted plans to open up in the northeast area of Kendal on the site old Homebase store on Beezon Road.

South Lakes MP Tim Farron said it was paramount residents are given a say on this application.

He said: “I’m concerned that this would be yet another big supermarket in the North-East part of Kendal, potentially taking more custom away from local small shops in the area such as Sandylands Spar and Burrells Newsagents.

“It’s therefore really important that local residents are able to have their say on this application.”

Hannah Michael from Rapleys LLP in Manchester has submitted the application to South Lakeland District Council on behalf of Lidl.

They are requesting permission to refurbish the interior and make external alterations to the existing store.

If councillors gave the plans the green light this will be Kendal’s tenth supermarket.

Michael said: “This should be quite an easy change of use as its already a commercial concern and we have just submitted the application and really don’t think it will be at all contentious for the town to have a Lidl where the old Homebase used to be.”

South Lakeland District Councillor Eamonn Hennessy said: “I think we need to look at the provision of supermarkets in that area of town and perhaps consider whether such developments would be more appropriate and useful to residents cited elsewhere.

“There is always a concern when it comes to large developments, that they may have an impact on smaller independent traders and where appropriate councillors will always strive to ensure locals have a voice which is heard and taken into account.”

Cllr Alvin Finch, the Mayor for Kendal said: “Anything that brings employment has to be positive.

“As long as we are not overcrowding that end of town it has to be welcomed.

“Even though it’s bringing employment there will be folks being made redundant at Homebase. It would be nice if Lidl could re-employ these people in the new store as an act of goodwill to the town.” 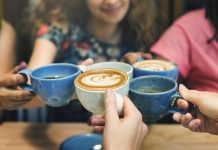 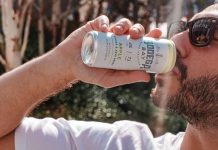