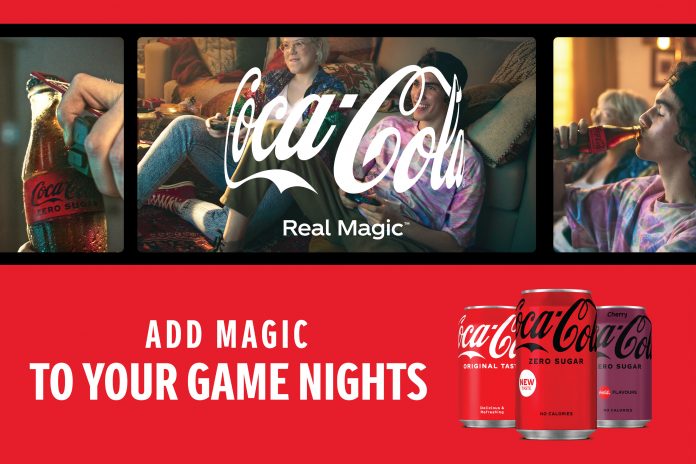 Coca-Cola Europacific Partners (CCEP) has announced a new on-pack promotion for its Coca-Cola Zero Sugar range, tapping into young adults’ passion for gaming to recruit a new generation of consumers.

From 14th February until 25th April, gaming fans can scan QR codes on promotional packs of Coca-Cola Zero Sugar for a chance to access instant wins and to enter weekly prize draws – with the chance to win a host of prizes including Xbox Game Passes for PC, and exclusive Coke branded HyperX headsets.

The promotion will run across the Coca-Cola Zero Sugar range, including the popular cherry and vanilla-flavoured variants, and will include both on-the-go and take-home pack formats.

“There are more than 35 million gamers in the UK, 71 per cent of whom regularly consume soft drinks while they play, so bringing together GB’s fastest-growing cola brand in retail with a huge part of the entertainment industry is a perfect partnership,” said Martin Attock, Vice President of Commercial Development at Coca-Cola Europacific Partners GB.

“We’d therefore encourage retailers to get behind this campaign in-store to benefit from the growth momentum behind the Coca-Cola Zero Sugar brand, which is worth more than £333 million in retail and growing by 12 per cent.”