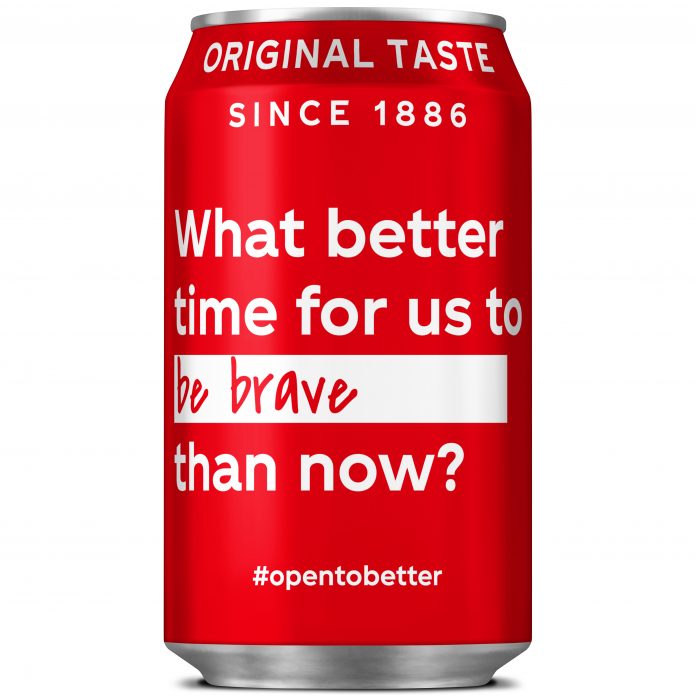 Coca-Cola has announced the launch of “Open To Better”, a campaign to inspire people to “embrace change and pledge to do things differently in 2021”.

Limited-edition packs of Coca-Cola Original Taste, Coca-Cola zero sugar and Diet Coke will be available in stores nationwide and each will offer consumers a chance to share positive and inspiring messages with friends and family. People will also be given the opportunity to purchase a personalised can via a new online-store in Great Britain from January.

Lending their support to the campaign, Premier League ambassadors Marcus Rashford MBE and Alex Scott MBE, as well as Laura Whitmore and AJ & Curtis Pritchard, have shared positive pledges for the new year which are available on the cans and complement further pledges that are available, including:

Bryony Lester, Marketing Manager at Coca-Cola Great Britain, explained: “For more than 136 years, Coca-Cola has used its voice to help unite people across the world. We have launched the ‘Open’ platform, a campaign highlighting how the world has changed and to appreciate what perhaps was previously taken for granted.”

“Open To Better” is part of Coca-Cola’s wider “Open” platform, which has been ongoing since July 2020. The brand launched a new campaign, “Open Like Never Before” last summer with a TVC featuring George The Poet. The brand also recently announced its partnership with Katy Perry for her new track, “Resilient”, featuring Spanish singer Aitana (and with a remix by EDM icon Tiësto), accompanied by an “Open To Better” film created by Chloe Wallace to inspire positivity.

Limited-edition packs will be available to purchase in-store whilst stocks last, as well as via the following platform www.coke.co.uk/opentobetter