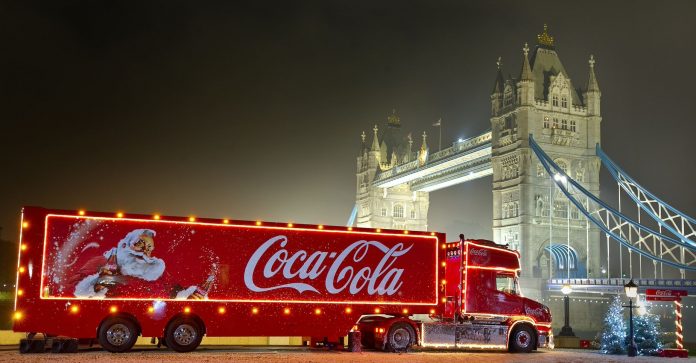 Following the launch of its Christmas on-pack promotion, Coca-Cola is bringing the magic of Christmas to the nation with its eagerly awaited Christmas advertising and Truck Tour.

Bringing friends and family together to enjoy a magical moment of festive fun, the anticipated tour is set to put a spotlight on local community by supporting FareShare, the UK’s biggest charity fighting hunger and food waste.

“We’re incredibly grateful for the support from Coca-Cola,” said Lindsay Boswell, CEO at FareShare. “Their donation will help us get more good-to-eat surplus food to people across the UK most impacted by the cost of living crisis. We hope as many people visit the Coca-Cola Truck Tour this Christmas so that we can get more food to people who need it during what are challenging times for many.”

As well as capturing the perfect seasonal selfies in front of the iconic red truck, this year’s Coca-Cola Christmas Truck Tour will include a magical “winter market” setting, featuring festive food huts and fun activities and for all to get involved with.

Officially kick starting the Christmas season, the truck will also be making its usual festive appearance on TV screens later in November, with the first airing of the much loved “Holidays Are Coming” ad often said to still signify the official start of Christmas.

Last year, soft drink sales grew nearly 9 per cent in December compared with the rest of the year, while sales across the CCEP portfolio grew by more than a quarter. In fact, Coca-Cola sales increased by 36 per cent over the Christmas period in 2021.