The Competition and Markets Authority has called on major supermarkets to review their land agreements for any anti-competitive restrictions.

The move follows the discovery of unlawful clauses in several Tesco agreements that prevented rivals from opening shops or selling groceries near its stores.

The CMA said Tesco has now committed to take remedial action for all affected land agreements.

The watchdog said it will be writing to other supermarkets bound by the Groceries Market Investigation (Controlled Land) Order 2010, asking them to show that their land agreements are not in breach.

Waitrose, Sainsbury’s, Asda, Morrisons, M&S and the Co-op are covered under the Order, besides market leader Tesco.

The CMA added that it will consider enforcement action if any supermarket is not compliant.

“In the future, we want the ability to fine businesses if we find that they are in breach of our orders. That’s why we’ve called on the Government for more powers,” said Andrea Gomes da Silva, executive director, markets and mergers at the CMA.

The CMA first discovered that Tesco had been preventing landlords from letting property to other supermarkets during monitoring in 2018. The supermarket found 22 other breaches in a review it conducted later.

The breaches included three restrictive covenants which could have prevented other tenants from opening competing stores near Tesco stores and entering into or rolling-over 20 agreements which allowed Tesco exclusive rights to sell groceries in certain areas for longer than the permitted five-year period.

The CMA said Tesco has promised to improve its internal processes and staff training to avoid future breaches and ensure that all new land agreements are in line with the Order. 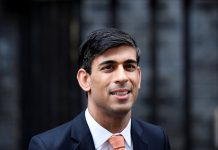