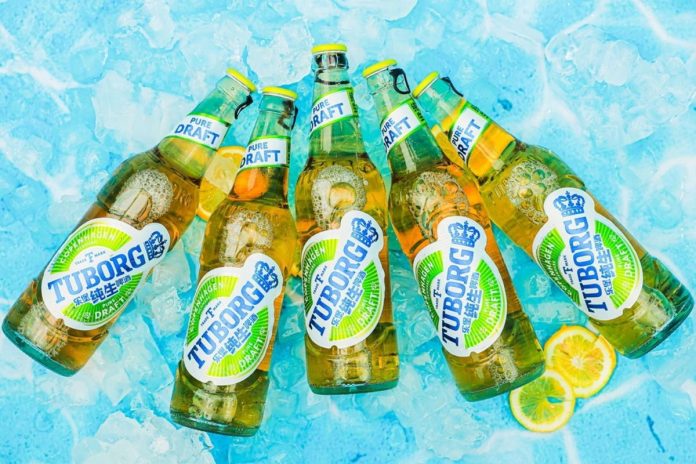 Beer giant Carlsberg has upgraded its profit guidance for 2021 after a strong performance in the first half.

The Danish brewer has seen organic revenue growth of 9.6 per cent in the first half, with a particularly impressive growth in the second quarter at 14.3 per cent. The H1 organic operating profit grew by 15.6 per cent to DKK 5.1 bullion (£590 million).

“We’re very satisfied that the group delivered a strong set of results despite the continued market uncertainty as a result of the pandemic,” chief executive Cees ’t Hart said. “The resilience of our strategic priorities is further evidenced by overall figures for H1 2021 being ahead of H1 2019, on a like-for-like basis.”

Among the major brands, Tuborg led the pack with 28 per cent growth in volume, followed by 1664 Blanc (25%) and Somersby (17%). The flagship brand Carlsberg has seen a 2 per cent growth.

Craft and speciality beers of the group have seen volume growth of 21 per cent, and alcohol-free brews grew by 26 per cent.

The company now expects its organic growth in operating profit within the range of 8-11 per cent, as against the previous guidance of 5-10 per cent.

“While the uncertainty about the remainder of the year continues, we’re satisfied with the strength of the H1 results and the good start to Q3, enabling us to upgrade the earnings guidance for the year and launch the third quarterly share buy-back programme,” Hart said.

The group has completed the second tranche of the share buy-back, amounting to DKK 1bn, on 13 August, and launched the third quarterly share buy-back programme for another DKK 1bn last week.