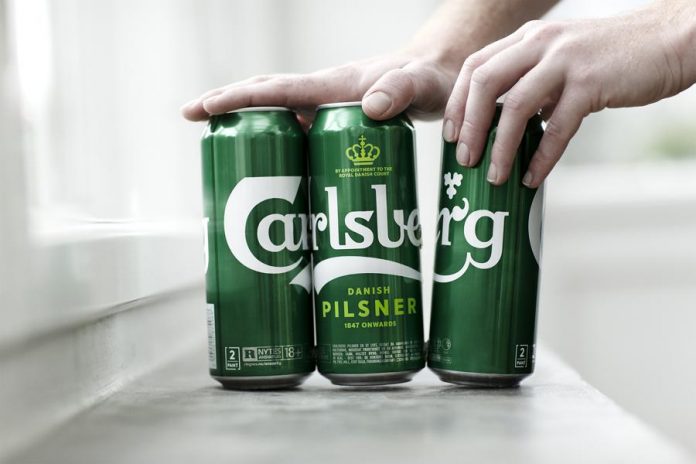 Danish brewer Carlsberg, the world’s fourth biggest beer producer, said Wednesday it was halting production and sales in Russia due to Moscow’s invasion of Ukraine.

“We stand alongside the Ukrainian people and people around the world in condemning the Russian invasion in the strongest possible terms”, the group said in a statement.

It said it could therefore not conduct “business as usual” in Russia.

Last week, the group announced that it would halt new investments and exports from Carlsberg into Russia.

“Since then, we have ceased all advertising by both the Carlsberg Group and Baltika Breweries in Russia, and we will stop producing and selling our flagship brand, Carlsberg, in the Russian market”, it said.

Carlsberg has been a majority owner of Baltika Breweries since 2008 and the latter employs 8,400 people, representing more than one in five of Carlsberg’s total global workforce.

Baltika Breweries will continue to operate – but as a separate business – “with the purpose of sustaining our employees and their families”.

Carlsberg said its “first priority remains the safety and wellbeing of our more than 1,300 colleagues in Ukraine”, and said it was helping provide shelter, transport, food and fresh water to employees and others in Ukraine and neighbouring countries.

But it said it also felt “a moral obligation to our Russian colleagues who are an integral part of Carlsberg, and who are not responsible for the actions of the government”.

The Danish group said that, during the humanitarian crisis, any profits generated by its business in Russia would be donated to relief organisations.

The developments in Russia and Ukraine would “negatively impact” the group’s 2022 financial results, it said, and its assets in both markets “may be subject to non-cash impairment and write-down”.

As a result, Carlsberg said it was suspending its earnings guidance for 2022 due to the “very high uncertainty related to Ukraine and Russia and the possible indirect impact on the rest of the group”.