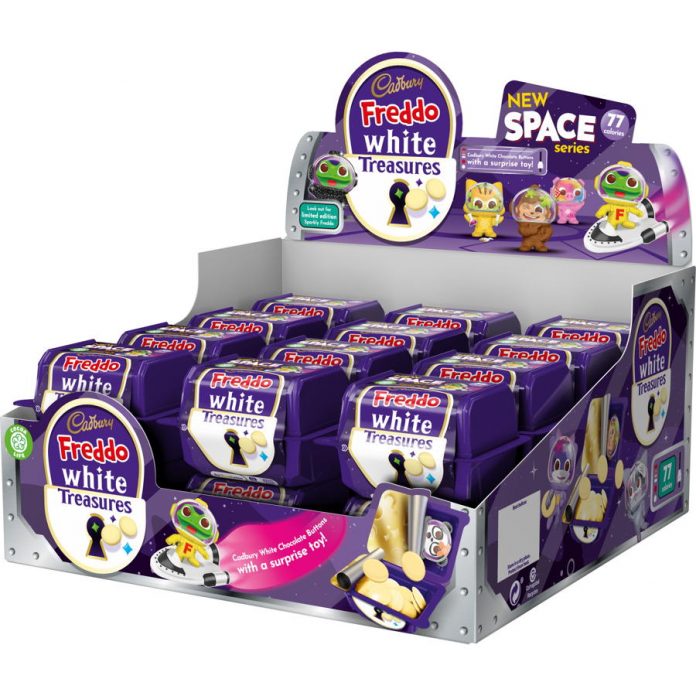 Launched last year, Cadbury Dairy Milk Freddo Treasures aligns to a parental need for a treat-based reward under 100 calories. The new Space range has only 76 calories per pack.

The series will feature a new space themed design on pack and on supporting POS to ensure it stands out from the first Freddo Treasures series, Hunters. The series also includes exciting games and characters.

“Cadbury Dairy Milk Freddo Treasures has delivered tremendous success in its first year on shelf, as it was the number one NPD launch in Standard Chocolate in 2019. We’re confident that the new Space range will continue the success of this incredible new product,” commented Nicole Dudley, brand manager for Cadbury Dairy Milk Freddo at Mondelēz International.

“In consumer testing, our Space series theme surpassed the performance of our first series, Hunters. We know that it’s going to drive real excitement among shoppers and the space theme gives retailers the chance to create impactful displays in store.”

“We know white chocolate sales are rising as shoppers look for new options when they’re looking for a treat. Cadbury Dairy Milk Treasures White will help give choice to those adult shoppers wanting to buy a different treat for others,” Dudley added.

The marketing campaign is backed by a media investment across the year.