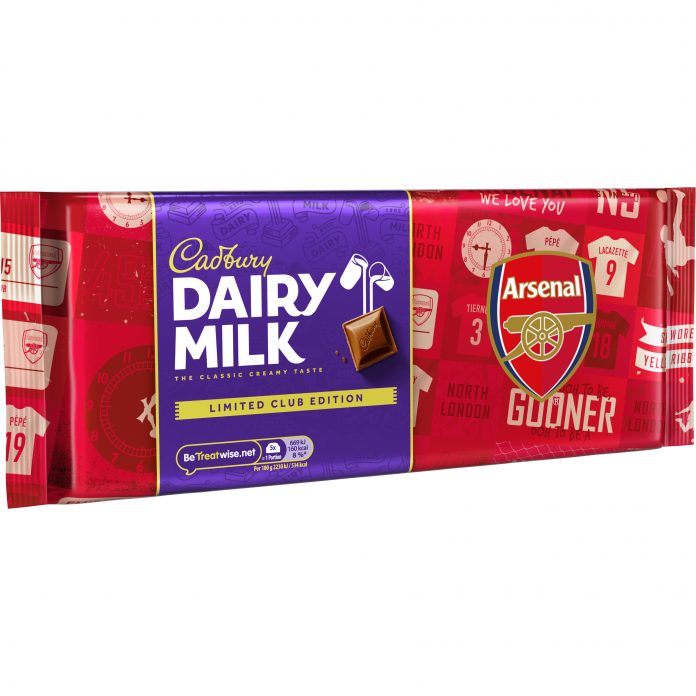 The Cadbury FC name is returning to shelves at the start of 2022, offering shoppers the chance to win a host of football-themed prizes through Cadbury’s biggest ever partnership.

Winners will get the opportunity to see what a day in the life of a football player is really like by getting the opportunity to spend time behind the scenes at an official club training facility or stadium, win a signed pair of boots and a VIP Matchday Experience.

A raft of instant win prizes are also available, including more than 2,000 Love2Shop vouchers worth £5 or £10 which can be spent in a host of leading well-known high street stores.

Entry to the prize draw for this off-pack promotion couldn’t be simpler. Shoppers buy any promotional product from across the Cadbury range* and visit winaday.cadburyfc.com to enter the product’s batchcode and barcode. Once on the site, consumers will watch a short animation to reveal whether they are the winner of one of thousands of great prizes.

The promotion runs until 16.59 on 23 March 2022 across all Cadbury products in tablet, multipack, bag and singles formats, as well as Heroes.

“Our previous Cadbury FC partnerships have been incredibly successful, and our newest promotion Win A Day In Their Boots really builds on those by offering a range of truly unique experiences to winners,” said Bryony Tate, Brand Manager for Cadbury at Mondelēz International.

The launch of the new campaign will be supported by a marketing campaign that will reach more than 80 per cent of UK shoppers across out-of-home and radio advertising, as well as social media and in-store PoS support. The campaign will also be supported by the 19 partner clubs, reaching 74 per cent of all UK football fans and more than 35M UK followers through their social media channels.

“The incredible prizes on offer through both the prize draw and the host of instant win prizes, coupled with the great clubs involved, mean that Win A Day In Their Boots is sure to be a real hit with shoppers,” added Tate.
“We’d encourage retailers to make sure that they are stocked up on the wide range of Cadbury products and add visibility through PoS and secondary siting to take full advantage of the promotion in store.”

*See clause 6 for a list of Promotional Products, visit winaday.cadburyfc.com, and select GB region. Complete the online form providing the bar/batch code along with your details (full name, email address and date of birth) and select club preference from a drop-down list of Participating Clubs. Then choose which of the 8 Level 1 Prize Draws you want to be entered into.